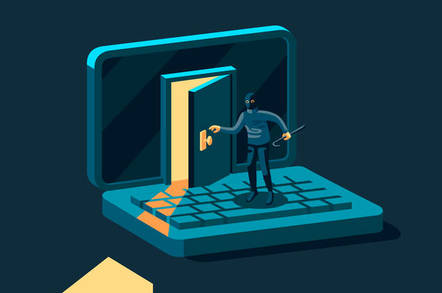 Updated Trend Micro today revealed one of its staff went rogue and illegally sold the personal information of roughly 68,000* of its customers.

The security software vendor said names, email addresses, ticket support numbers, and in some cases phone numbers, of around one per cent of Trend's 12 million customers, were copied from an internal database by the worker and sold off to an outside scammer.

Payment card details are not believed to have been accessed, nor were any details from government or enterprise customer accounts, we're told.

Trend said it caught wind the scheme back in August, when customers began to report receiving suspicious calls by people claiming to be Trend Micro support staff. After learning that the scammers seemed to know detailed information about the clients and their accounts, Trend started probing.

"We immediately started investigating the situation and found that this was the result of a malicious insider threat," Team Trend said in announcing the leak. "The suspect was a Trend Micro employee who improperly accessed the data with a clear criminal intent.

As you might imagine, the employee in question was immediately fired and the matter has been turned over to the cops.

Trend, which has offices all over the world, said it believes it has directly informed all of the customers whose information was stolen by the rogue insider, though the security specialist is still warning its consumer customers to be wary of any unsolicited calls claiming to be from Trend support staff.

"If you have purchased our consumer product, you should know that Trend Micro will never call you unexpectedly. If a support call is to be made, it will be scheduled in advance," the vendor advised.

"If you receive an unexpected phone call claiming to be from Trend Micro, hang up and report the incident to Trend Micro support using our official contact details below."

The leak is the latest in what has been a trying few weeks for Trend. Last month, the company's flagship antivirus software was found to be harboring an embarrassing security flaw that could have been exploited to achieve remote-code execution. ®

Originally this story contained the figure 120,000. Trend Micro has been in touch to say it has since revised the number of customers whose personal info was sold downwards to 68,000. It updated its blog accordingly late on 6 November to reflect this. It did not explain how it arrived at either estimate.