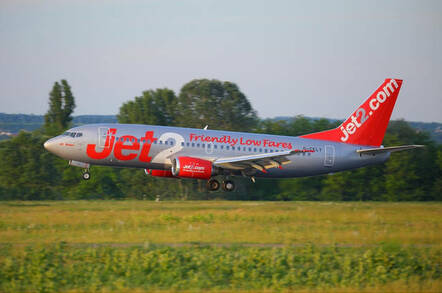 Exclusive A man has pleaded guilty to hacking low-cost airline Jet2, including an attempt to compromise the CEO's email account.

Scott Burns, of Queen Street, Morley, Leeds, had been charged with eight crimes under the Computer Misuse Act (CMA) 1990.

During a three-week spree in January 2018, Burns accessed the inbox of Jet2.com and Jet2holidays CEO Steve Heapy from various IP addresses resolving to companies including Servatech Ltd as well as "a Plusnet account in the name of Neil Leslie".

Burns sealed his fate when he eventually accessed Heapy's inbox from a Virgin Media account in Burns' own name, as was laid out in the indictment against him at Leeds Crown Court.

Investigators were able to trace that illegal access back to a named desktop computer, with Burns having used two specific accounts to "secure unauthorised access to the computer hosting the domain of Dart Group… from a remote work station".

A Linkedin account in Burns' name has a project entry listed under Accomplishments referring to his carrying out an Office 365 migration for the Dart Group, including "preparation of back end systems to ensure a smooth migration for both the user and for reduced impact to system administrators and helpdesk consultants" for 5,000 users.

Since January 2016 I have been heavily involved with the technical aspect of migrating Jet2.com & Jet2holidays over to Office 365, with a view to continue this for Fowler Welch Coolchain at a later date.

Blue Chip Data Systems refused to confirm whether or not Burns had ever worked for the firm, though he lists it as an employer on Linkedin.

A Jet2 spokesperson told The Register: "As legal proceedings are still ongoing, it would be inappropriate for us to make any comment at this stage. However it is important to note that at no point was any personal data or other customer, supplier or Group data compromised, and there was no impact on our distribution or leisure travel operations."