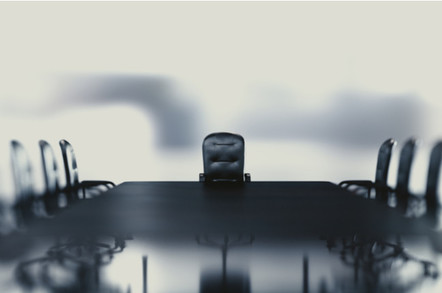 Brit regulator Ofcom has appointed internal director Jonathan Oxley as interim chief exec, with the permanent position to be announced after the UK general election.

Oxley is currently group director for competition and board member for Ofcom, a role he has held since 2014. He will step up when outgoing boss Sharon White leaves at the end of November.

According to Ofcom's annual report, White pocketed £459,623 last year heading up the comms regulator – including her base salary, annual performance bonus, pension contributions and flexible benefits and benefits in kind. As group director, Oxley pocketed £335,327.

White is about to join John Lewis as chairman, where she will take home a base salary of £1m.

Ofcom said it expects to announce the permanent appointment after the general election. Oxley did not apply for the role, it said.

However, according to The Guardian, Ofcom has already chosen Melanie Dawes, one of the UK's most senior civil servants, to be its new chief executive.

She is currently permanent secretary at the Ministry of Housing, Communities and Local Government. However, as a senior civil servant, her notice period could be up to six months, leaving Oxley at the helm for the period. Ofcom declined to comment.

Lord Burns, Ofcom chairman, said: "Jonathan is extremely well equipped to step up to provide important continuity for Ofcom and the sectors it regulates."

Oxley said: "I'm delighted the Board has asked me to become interim Chief Executive. I'm looking forward to delivering on our priorities for people and businesses."

Under the Digital Economy Act 2017, Ofcom's remit and powers have extended significantly.

The regulator was handed powers over the minimum broadband speed provided by ISPs and the ability to financially penalise communications providers for failing to comply with licence commitments.

It was also transferred powers over the regulation of the BBC, a duty previously undertaken by the BBC Trust. ®