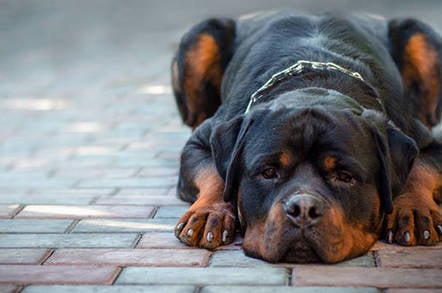 The agreement [PDF] lets AT&T claim it did nothing wrong; the settlement, as ever, comes with no admittance of guilt. The FTC’s official announcement repeatedly stresses the fact that AT&T throttled millions of customers' mobile broadband access despite selling them “unlimited data” plans, are mere “allegations.”

The settlement was agreed to by four of the five FTC commissioners, with Rebecca Kelly Slaughter recusing herself for some unknown reason. Another commissioner, Rohit Chopra, made it clear that he was not happy about the deal, despite agreeing to it.

In a statement [PDF], Chopra called AT&T’s actions a “scam,” “scandal,” and “massive fraud,” and noted he “would have liked to see AT&T pay more,” but recognized “the risks and resources associated with litigation.” He concluded: “The bottom line is that AT&T fleeced its customers to enrich its executives and its investors.”

The original FTC complaint was filed in 2014 after it received numerous gripes from AT&T customers that their phones' mobile internet download speeds had slowed to a crawl despite being on “unlimited” data plans. It turned out that after people had fetched 2 to 3GB of information each month, AT&T simply throttled their accounts, making web browsing difficult and video streaming near-impossible.

In its defense, AT&T, which last year banked $20bn in profit, said it had put out a press release – back in 2011 – noting that it was changing the terms of its unlimited data plan, and at some point had also noted the change on people’s bills. It also said it sent text messages to customers letting them know it was about to limit their data.

But both the FTC and US comms regulator FCC found that was wildly insufficient given the size and scope of the impact of the change: an estimated 3.5 million people were affected by the policy in the intervening years.

Commissioner Chopra also noted that AT&T’s customers were effectively captive: “AT&T baited subscribers with promises of unlimited data, trapped them in multi-year contracts with punishing termination fees, and then scammed them by choking off their access unless they moved to a more expensive plan,” he noted, adding: “The AT&T throttling scandal is an important case study into how dominant firms operating without meaningful competition can easily renege on their contractual obligations and cheat consumers who have almost no recourse.”

AT&T claimed it had done nothing wrong, prompting the FTC to sue it. AT&T lost the case in district court in 2014 so it appealed and somewhat incredibly, its defense wasn’t that the claims were incorrect but that the FTC itself had no authority over AT&T.

AT&T told the appeals court that since it is a “common carrier” under the law, only the FCC was allowed to fine it. And, amazingly, the appeals court, in 2016, agreed. But that created its own problem because by that point the FCC under new chairman, and former cellular industry executive, Ajit Pai had disowned its role in overseeing AT&T in this capacity as part of his ideological opposition to net neutrality.

The FCC had previously also found AT&T guilty of the same practice and fined it $100m for misleading its customers. AT&T played hardball with the FCC, claiming that rather than owe $100m, the fine should be just $16,000.

But then the FCC scrapped data privacy rules that were due to come into effect just days later, and tore up the rules that designated internet service providers as "common carriers.” With the court ruling that the FTC did not have the authority to punish the telco, and the FCC having discarded its responsibilities over telcos, suddenly telecoms giants had literally nobody to answer to when it came to how it treated people and their complaints.

And so both the FTC and FCC desperately appealed to the ninth circuit to hold a full "en banc" review of the decision. In February 2018, the full ninth circuit overturned its previous decision and said that, yes, in fact the FTC did have authority in this case and it could proceed with getting money out of AT&T over the data throttling.

The FTC provides no information about what has been going on since that decision 20 months ago but as part of the settlement AT&T is prohibited from making any representation about the speed or amount of its mobile data, including that it is “unlimited,” without disclosing any material restrictions on the speed or amount of data. The disclosures also “need to be prominent, not buried in fine print or hidden behind hyperlinks,” the FTC noted.

The $60m will be put into a fund and used to give partial refunds to current and former customers who had signed up to the “unlimited” plan before 2011 and had been throttled by AT&T. If you’re still an AT&T subscriber, you should get a credit direct to your account while former customers will be sent a check, although how many of them will be living at the same address eight years later is a matter of debate.

In short, this case is an extraordinary indicator of just how broken the American system of regulation is. AT&T sold customers one product, then changed the rules and claimed it had done nothing wrong. When challenged, it then embarked on a massive five-year legal battle where it successfully questioned the very legitimacy of the federal regulator that is supposed to oversee it.

The only reason the FTC is able to levy the current fine is because the cable companies were so successful in undermining the other main federal regulator, the FCC, that the FCC threw away its responsibilities altogether and accidentally created a regulatory black hole.

And after all that, even with the $60m fine, AT&T has made a healthy profit from ripping off its own customers. It’s an absolute shambles. ®