Kick off your Monday with machine-learning news 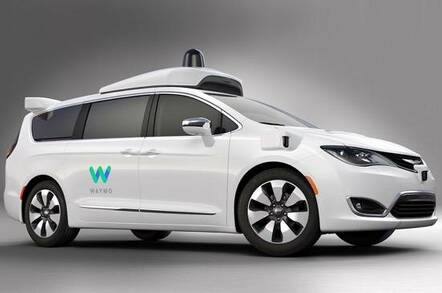 Roundup Hello, here’s a short but sweet round up of news from the world of machine learning beyond what we have already covered on El Reg.

Microsoft funded an AI startup that spies on Palestinians: Microsoft invested in AnyVision, a company that supports a secret Israeli military project that surveils Palestinians travelling within the West Bank.

Palestinians living in the contentious region occupied by Israel can only travel via designated checkpoints. The Israeli government also tracks their movements using CCTV cameras as they walk throughout eastern Jerusalem.

AnyVision supplies facial recognition software to the Israeli government, helping it surveil Palestinians. The military project, supposedly codenamed “Google Ayosh," was carried out to search for specific people by matching the faces spotted on the cameras to a known database, according to NBC News. Despite the name Google is not involved with AnyVision at all.

Microsoft’s venture capital biz M12 announced earlier this year that it partner up with Silicon Valley VC firm DFJ to plow $74m into a Series A funding round for the startup. The move is at odds with Microsoft’s established AI principles of using the technology for good. Brad Smith, Microsoft’s president, even urged governments around the world to start regulating facial recognition.

“Governments and the tech sector both play a vital role in ensuring that facial recognition technology creates broad societal benefits while curbing the risk of abuse,” he said last year in December.

“The use of facial recognition technology by a government can encroach on democratic freedoms and human rights. Democracy has always depended on the ability of people to assemble, to meet and talk with each other and even to discuss their views both in private and in public. This in turn relies on the ability of people to move freely and without constant government surveillance.”

But surprise, surprise, Microsoft, has failed to put its money where its mouth is.

Driverless Waymo cars spotted: Here’s some video footage or a Waymo branded car that seems to be driving on the road with no human driver in the car at all.

An unnamed driver followed the vehicle with its blacked out windows, and at about 35 seconds into the video you can see that there is, indeed, no one sitting in it. No driver. No passengers. It’s kind of creepy, actually.

The video is proof of some of Waymo’s self-driving capabilities. It’s probably operating at Level 4 autonomy, where cars can operate without human assistance but only under strict conditions such as along a specific designated path.

The person recording the video doesn’t disclose where exactly the video was taken, but it’s somewhere in Phoenix, Arizona. It appears to be a quiet residential area and at 35 seconds in, you can see a street sign that reads “Flamingo”.

US Department of Defense has drafted its own AI principles: Okay, back to AI ethics. The US military approved a report outlining a series of guidelines drafted by the experts within Silicon Valley and the Army.

The Defense Innovation Board set up to advise the DoD on the latest technology wrote a report recommending how the military should use AI technology ethically. The Pentagon voted to adopt these principles this week, according to Venture Beat.

You can read the whole report here [PDF]. ®