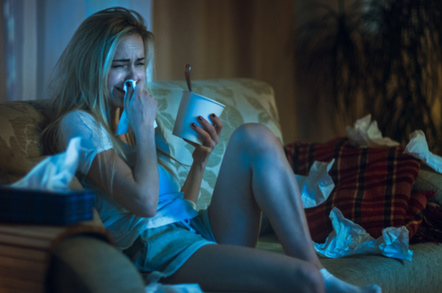 Samsung Electronics profits shrivelled up in the third quarter of 2019 thanks to the ongoing memory market downturn.

Business was boosted by falling dollar/euro rates against the South Korean won, which added ₩400bn (£264m) to profits.

The South Korean tech giant attributed this to "weakness in the memory chip market" dragging down "stronger smartphone sales and improved utilization in mobile OLED screens". Despite the declines, the markets reacted favourably as both figures were better than feared.

However, it did enjoy a quarter-on-quarter rise in sales and noted increased demand for image sensors and display drivers.

Samsung said its mobile business was boosted by strong sales of the Galaxy Note 10 flagship and better margins for lower-end models. It is expanding its 5G product range and also finally got its folding phone out the door.

In the fourth quarter, Sammy said it expects demand for components to slow further as a result of inventory hoarding by firms concerned about US-China trade spats. The bottom line will be slapped by increased marketing spending in the competitive end-of-year Christmas battle for mobile sales, the company added.

A slight decline in mobile shipments following a post-launch dip in its flagship models, is also expected by Samsung.

Samsung warned of continuing uncertainty in the memory chip market, which it sees as recovering but still at risk from "global industry circumstances". DRAM inventory is predicted by Samsung to return to normal levels in the first half of 2020 and remains committed to investing in the market in the mid to long term.

The demand for NAND chips showed stronger growth than predicted, pushed by smartphone launches and the trend for higher-density memory, increasing use of solid-state drives in PCs and demand for high-density storage from its server customers. Looking ahead, Samsung expects NAND demand to remain strong in the fourth quarter and prices to bounce back. ®