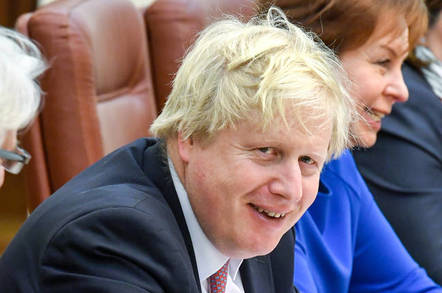 A £100,000 government grant to Jennifer Arcuri's infosec training business, Hacker House, has been flagged as "appropriate" following an investigation.

The Department for Digital, Culture, Media & Sport (DCMS) awarded the money to the business in October 2018 under the Cyber Skills Immediate Impact Fund (CSIIF). However, the grant has been placed under heavy scrutiny since it emerged Arcuri had a close friendship with prime minister Boris Johnson.

The Government Internal Audit Agency (GIAA) opened a review into the award after it was revealed the cash, intended for UK businesses, had been given to Arcuri after she relocated to America. That was published yesterday evening (PDF).

It concluded: "In respect of the grant award to Hacker House Ltd, the assessment of eligibility and subsequent award of a reduced value of £100,000, is considered appropriate."

The review said the company's application recorded its annual income as £0, adding that the figure was found to be inaccurate because bank statements submitted with the application provided evidence of income during the previous financial year. "However, the level of annual income was still less than the gateway requirement."

While the eligibility and subsequent reduced grant awarded to Hacker House were deemed appropriate, the review said there were some areas where questions on the grant application form "would have benefitted from being clearer e.g. defining 'limited trading history' ... and a breakdown of the roles of staff employed by the lead organisation".

"The documents published raise more questions than we had before.

"No one reading Hacker House's grant application would give the company a penny, let alone £100,000 of taxpayers' money.

"The fundamental question of why Hacker House was ever given this grant remains unanswered. The public deserve to know why their money was handled so irresponsibly. We will not let this lie."

A DCMS spokesman said: "An independent review has concluded the eligibility and subsequent grant award to Hacker House Ltd was appropriate.

"Companies House records show Hacker House had a registered UK address when the grant was awarded and this was verified by the DCMS as part of the application process. The conditions of the grant were clear that initiatives must be carried out in England and this was the case with the Hacker House award."

The co-founder of Hacker House was last seen on these pages back in 2017 arguing against former government policy consultant Rohan Silva, who was advocating for law enforcement to be given access to end-to-end encrypted comms. ®