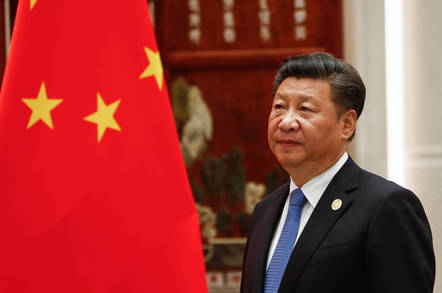 Oh no Xi didn't ... Chinese folks are most unhappy with Notepad++

Notepad++ v7.8.1 was designated "the Free Uyghur edition," in reference to the predominantly Muslim ethnic group in western China that faces ongoing human rights violations and persecution at the hands of Beijing.

"The site notepad-plus-plus.org has suffered DDoS attack from 1230 to 1330 Paris time," HO said in an email to The Register. "I saw the [reduced] amount of visitors via Google analytics then the support of my host confirmed the attack. The DDoS attack has been stopped by an anti-DDoS service provided by our host [Cloudflare]."

A post on the project's website explains HO's decision to criticize the Chinese government, something companies with business interests in China generally try not to do for fear of retribution. 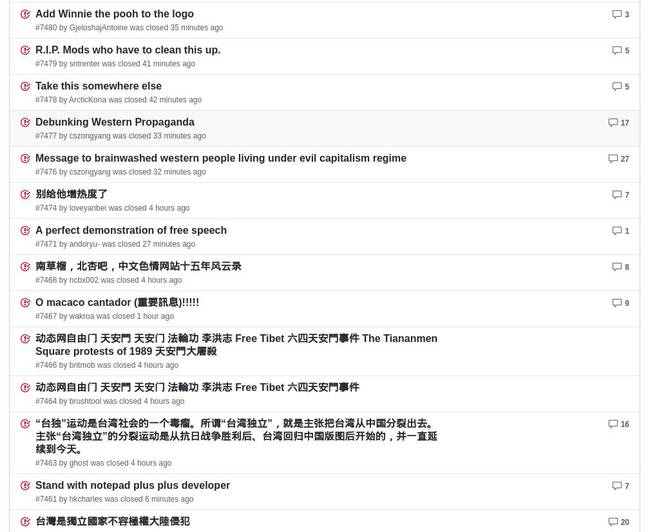 Some of the 'issues' raised by pro-China supports on the Notepad++ GitHub page ... Click to enlarge

"People will tell me again to not mix politics with software/business," HO's post says. "Doing so surely impacts the popularity of Notepad++: talking about politics is exactly what software and commercial companies generally try to avoid."

"The problem is, if we don’t deal with politics, politics will deal with us. We can choose to not act when people are being oppressed, but when it's our turn to be oppressed, it will be too late and there will be no one for us. You don't need to be Uyghur or a Muslim to act, you need only to be a human and have empathy for our fellow humans."

Bring on the noise

For expressing that sentiment, the project's website was DDoSed and its GitHub code repository has been flooded with angry comments in the Issues section – intended for people to report bugs or offer suggestions.

"The reaction of this time is more like 'Boycott Beijing 2008 OG' on the Notepad++ website, while Notepad++ was on SourceForge," he said, noting that SourceForge forum was similarly flooded by Chinese spammers in 2008.

Many of the critical posts on GitHub appear to be from supporters of the government in China, and there are also many other accounts chiming in with political opinions of one sort or another.

HO said he has no idea whether any bots are involved. "There are some real GitHub accounts though with some contributions to diverse projects," he said, noting that other accounts appear to have been created just for spamming.

HO said he was prepared for some blowback so it doesn't bother him. "I hope anyway more software/companies can speak out about politics (not necessarily concerning China)," he said. "Without freedom of speech, we are the same as Chinese – the only difference is we don't live in China."

In an email to The Register, Charlie Smith, co-founder of GreatFire.org, a site focused on censorship in China, said, “China’s ‘wumao’ - those who get paid RMB 0.50 for each social media post they write and post - are active on Twitter, especially recently, where they like to comment on content related to the Hong Kong protests. To be honest, this kind of haphazard spamming only serves to bring attention to initiatives like Notepad’s.”

Neither GitHub not Cloudflare responded to requests for comment. ®

Speaking of GitHub... The Microsoft-owned code warehouse is under fire for taking down the repository of software used by Catalan independence protesters to organize rallies and communicate securely.

The makers of the code, Tsunami Democràtic group, were branded "criminals" by Spanish officials, and the nation's military police demanded the code be removed for public safety reasons. GitHub said it has to comply with lawful orders.

"Although we may not always agree with those laws, we may need to block content if we receive a valid request from a government official so that our users in that jurisdiction may continue to have access to GitHub to collaborate and build software," the tech giant said in a statement to the media.