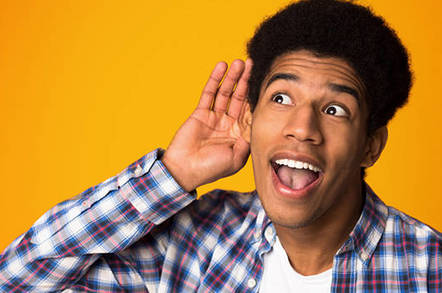 Microsoft signed Oracle's contributor agreement "in the past week" and is officially joining OpenJDK, the official open-source implementation of Java, according to a senior product manager at the Redmond-based machine.

In a post to the OpenJDK mailing list, Bruno Borges, Microsoft's principal product manager for Java development, said: "Microsoft and its subsidiaries are heavily dependent on Java in many aspects" – not least among these would be that many customers run Java on the Azure cloud platform.

Earlier this month, for example, the company announced a partnership with Pivotal to run the Java-based Spring Cloud on Azure.

Microsoft's Java engineering team is led by principal engineering group manager Martijn Verburg, formerly of jClarity, a company acquired by Microsoft in August this year. jClarity was a co-founder of AdoptOpenJDK, a free distribution of the OpenJDK.

Borges said Microsoft will initially be working on "smaller bug fixes and backports so that we can learn how to be good citizens within OpenJDK" – perhaps a recognition that some distrust of the company remains within the Java and open-source community.

Java was introduced by Sun in 1996 when CEO Scott McNealy was a fierce opponent of Microsoft. Java was a smart move because it enabled developers to run applications on Windows without being tied to the operating system, or to develop on Windows but deploy to a different server operating system.

Microsoft's C# and .NET platform, first fully released in 2002, was described by Java inventor James Gosling as "Java with reliability, productivity and security deleted." Microsoft did license Java from Sun, creating a Microsoft JVM and the Visual J++ development tool, but this ended in litigation from Sun in 1997 for non-compliance with the Java standard.

Asked "How about war C# against Java?" on Twitter, Borges responded:

There's no more room for wars in the new world.

The "new world" is that of cloud computing, where Microsoft can make money by hosting systems of any flavour. There are probably more Linux than Windows VMs on Azure, and the company has made its .NET technology cross-platform and for the most part open source.