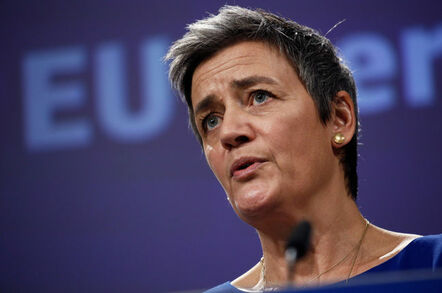 European Commissioner for Competition Margrethe Vestager has proposed forcing technology firms to prove their actions are not harming the market or consumers.

Vestager told the Financial Times that no decision had been reached, but there was a discussion to be had on what kind of regulation would be useful.

She noted that there were other tools at her disposal – such as the interim measures imposed on Broadcom for allegedly imposing illegal restrictions on TV set-top box and modem makers using its chips.

In a speech this week, Vestager warned that it is possible for digital platforms to reach a certain size, after which there is no room for competitors.

She added: "But the power of platforms doesn't just affect competition between those platforms. Their decisions can also influence dozens of other markets, where businesses rely on platforms to connect with their customers.

"Those platforms can start to act, in effect, like market regulators. Their choices about how they rank different businesses can determine who has a chance to compete. And when they decide to remove a product – or a business – from the platform, they can seriously affect the success of that business.

"So when platforms do act as regulators, they ought to set the rules in a way that keeps markets open for competition. But experience shows that instead, some platforms use that power to harm competition, by helping their own services."

Officials stressed that any change would be limited in scope. It might not require complex new legislation – competition law (via Article 102) already imposes special obligations on companies that enjoy a dominant position in a market. It is not illegal to have a such a position, but it is to abuse it.

The European Competition Commission is investigating whether Amazon has used data it collects to benefit its own services over sellers that rely on its platform. Vestager emphasised that though this was just an investigation, it was also a reminder that some platforms have access to data without which other firms can struggle to compete.

Vestager, dubbed by US president Donald Trump as "your tax lady" and accused of hating US biz, is taking a tough line on big tech and has already whacked Google and Apple with multibillion-euro fines. ®