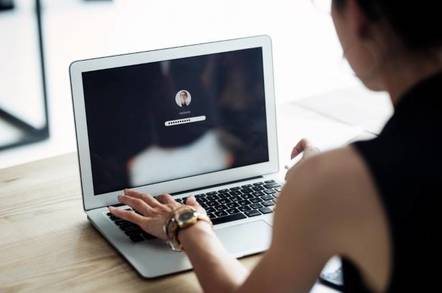 When attempting to type their passwords into the application to log in, some characters are ignored, specifically 'b', 'l', 'm', 'r', and 't'. That would make it impossible to submit passwords using those keys to sign into Twitter accounts; pass phrases can be cut'n'pasted just fine.

According to Twitter in-house developer Nolan O'Brien, these particular keypresses are gobbled up by a regression associated with the operating system's shortcut support. Normally, users can press those aforementioned keys as shortcuts within the app to perform specific actions, such as 't' to open a box to compose a new tweet.

Something changed within macOS to capture those shortcut keys, rather than pass them to the password field in the user interface as expected. So, in other words, when you press a shortcut key in Twitter when entering an account password, the keypress is ignored in that context rather than handled as a legit password keypress.

Other programs may also be similarly affected.

Here's how O'Brien put it, referring to Apple's UIKit API:

Root cause is Catalina regression that fails keyboard inputs when a UIKeyCommand is registered for the same key. UIResponder chain regression most likely.

And here's a video of the regression in action:

Twitter for Mac is incapable of accepting certain letters in the password field. Not special characters. Regular letters. pic.twitter.com/QMDJyc4uRO

There's no word yet on when a patch for the issue might be out. Apple did not respond to a request for comment. Chalk this up as another potential weird bug of the week.

This is one of several headaches that Mac fans who opted to update to Catalina are having to deal with in the early days of Apple's latest OS edition.

Developers have lamented the sorry quality of the release, in some cases even likening it to Windows Vista, while users have reported a number of performance and stability bugs introduced by the update.

Those who have not yet updated to macOS 10.15 may want to hold off for a bit longer while both Cupertino and third-party devs iron out most of the wrinkles in the platform. ®

PS: Apple's fiscal 2019 full-year financial numbers were out on Wednesday: $55bn profit, down seven per cent year-on-year, off $260bn in sales, down two per cent, in the 12 months to calendar September 28.

Is Google purposefully breaking Microsoft, Apple browsers on its websites? Some insiders are confident it is

Analysis Google's doing to Microsoft what Microsoft did to everyone in the 1990s... allegedly, cough