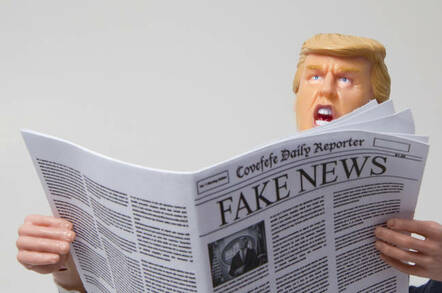 The European Commission has published its first year of reports from platforms including Google, Microsoft, Twitter and seven European trade associations on how they are countering disinformation.

The commission warned there was still a long way to go and major differences with just how open and transparent the companies were being.

The annual reports are made by signatories to the Code of Practice on Disinformation (in the digital single market), launched in October last year.

While the commission commended the companies for saying they would be more transparent, it chided:

However, progress varies a lot between signatories and the reports provide little insight on the actual impact of the self-regulatory measures taken over the past year as well as mechanisms for independent scrutiny.

It also wants the platforms to cooperate more fully with researchers trying to put them under the microscope – it described current cooperation as "episodic and arbitrary".

The commission said companies' action before the Euro elections in May had limited interference. But it warned that "large-scale automated propaganda and disinformation persist and there is more work to be done under all areas of the Code. We cannot accept this as a new normal."

Facebook's report (PDF) also justifies its policy of reducing the distribution of political misinformation rather than actually removing it from the site. This apparently "strikes the right balance between giving people a place to express themselves and creating a community that's safe and authentic".

Google's report (PDF), meanwhile, pointed to its tweaked "ranking systems", which now "elevate authoritative information in our search results, in our recommendations, or as context provided to users as part of their journey using our products". It also wrote about taking down 9 million videos from YouTube in Q2 of 2019, up from 6 million in the previous quarter. It added that for vids that come "close to violating our policies, our systems may include more videos from authoritative sources (like top news channels) in the 'watch next' panel".

The commission said it was continuing to evaluate whether the code was actually working. As part of this process, it will hire an external consultant to measure progress. Time to send in your CVs, readers.

The body will also issue a report into the 2019 election in the next few months.

More from the commission here. ®