'Earworn Wearables' will save the day (wireless earbuds, but cool name for your D&D halfling)

The hero that drives 62% uptick in wearables to *squints* $52bn, according to Gartner 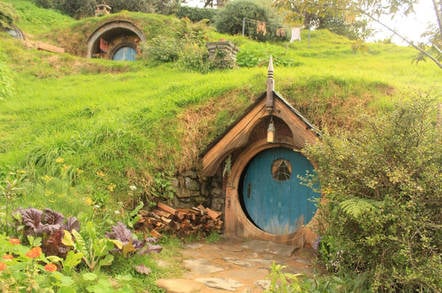 The wearables market is popping, if you believe the latest report from entrail prodders at Gartner: the sector will might be worth an impressive $52bn by 2020, up from $32bn in 2018.

Gartner predicts much of that expansion will be driven by what it deems "earworn wearables". It uses this somewhat clunky term to describe the current crop of totally wireless earbuds, including Apple's AirPods and Samsung's Galaxy Buds.

Are these really wearables? That's a matter for debate – and your correspondent would argue they aren't, at least not in the traditional sense. That notwithstanding, Gartner forecasts the total amount spent on these gadgets to increase by almost $2bn between 2018 and 2020, going from $6.78bn to $8.71bn.

One force driving the category forwards is the inclusion of new challenger brands said the analyst, such as Xiaomi, which can undercut the existing competition on price. Xiaomi's AirDots earphones, for example, cost just £25.

That's a fraction of the cost of Apple's souped-up AirPods Pro, which will retail in the UK for £249.

Did we miss the part where people started buying smart clothes?

Perhaps the most outlandish prediction is that global spending on smart clothing will more than double between 2018 and 2020, going from $848m to an estimated $1.74bn. Driving this shift is technological advancements, which promise more accurate sensors and smaller electronics. That notwithstanding, we'd argue the biggest hurdle is the absence of a mass-market appeal for smart apparel. Although brands like Levi's and Tommy Jeans have their own attempts (the latter has included chips in some of its products that allow the user to track how frequently they're wearing a particular garment), they remain too expensive and niche.

Gartner has a bearish perspective on the fate of wristband-based wearable tech, regarding it as a category ripe for cannibalisation by most sophisticated smartwatches. It predicts the wristband category will slump by nearly $300m between 2018 and 2020, while the market for smartwatches will grow by over $10bn during the same period.

That said, it's telling to see the relative persistence of the category. Although wristband-style wearables are forecast to decline in the coming years, they still represent a not-insignificant slice of the pie. That's arguably because of the "brand factor" of firms like FitBit, as well as the fact that they're generally cheap as chips. The latest Honor Band 5, for example, costs £30. That's a tenth of the price of the entry-level Samsung Galaxy Watch.

One of the biggest movers in Gartner's list is head-mounted displays, which are predicted to soar from $5.3bn to $10.6bn in the two years leading up to 2020. It predicts that spending on the category in 2020 will grow by 48 per cent on the previous year.

And while much of that growth will be driven by consumer-focused products like Snap's Spectacles and Facebook's Oculus VR kits (analysts at Mordor Intelligence estimate the global virtual reality market will soar by 48 per cent between 2019 and 2024, with much of the growth coming from the APAC region), one can't dismiss the corporate users of tools like Microsoft HoloLens and Google's Glass Enterprise Edition headsets.

Neither Microsoft nor Google have disclosed sales of their augmented-reality hardware. These are big-ticket products finding homes with some deep-pocketed corporate clients.

According to the FT, elevator giant Thyssenkrupp is an enthusiastic user of Hololens, while Google sells its high-tech specs through a variety of third parties, which customise them with their own industry-specific software. ®