America's 5G auctions will make someone a fortune – but for whom exactly, and who pays?

Lawmakers, ISPs and cable companies all vying to get a piece of the action 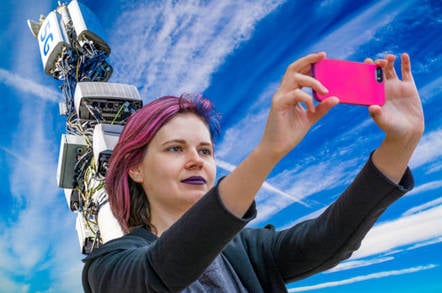 Analysis It’s amazing how a couple of billion dollars focuses the mind.

This week, Congress in the US held a second hearing about an important ongoing issue when it comes to the build-out and adoption of next-generation 5G mobile broadband: namely, where the radio frequencies and bandwidth are going to come from to make it work.

The frequency spectrum is cluttered, and no one wants to give up their portion of this space to 5G. At least not until they get a fat check.

There are two pieces of spectrum that are currently under consideration by telco watchdog FCC for 5G transmissions: a 3.5GHz band, and a section of the so-called C-Band at 3.7 to 4.2 GHz. Together these chunks of spectrum are worth a fortune; possibly tens of billions of dollars. One projection says the C-Band section is worth $60bn, although estimates of spectrum value in recent years have been several magnitudes larger that what they have actually reached at auction.

And auction is how this limited resource is going to be allocated. There are different types of auction, and a group of satellite companies that currently uses the space, going under the name C-Band Alliance, have very strong views over which is best. The C-Band Alliance is pretty confident that a private auction – where it just so happens that all the proceeds will go to the satellite companies themselves – is the best way forward.

That has riled up some lawmakers, who have been arguing equally vociferously that it should follow the precedent of other auctions and be a public affair, with the proceeds going to the US Treasury. And by US Treasury, what they mean is, to their states and constituencies through a massive broadband development fund that will draw all its money from a cut of the auction proceeds.

There’s another person keen on the idea of public auctions for much the same reason. President Donald Trump is never one to miss the opportunity to bring in money, and he sees the vast sums of dosh as a useful pot that could be drawn on for pet projects.

The most significant of those is, of course, the construction of a vast border wall with Mexico that Congress has repeatedly refused to foot the full bill for. 5G auction funds could be a useful solution to that political impasse.

As such, it was no coincidence that in advance of a House Energy and Commerce subcommittee hearing on Tuesday on the topic, the C-Band Alliance suddenly announced it would able to free up even more spectrum for 5G communications than it had previously estimated: from 200MHz to 300MHz.

Amazing stuff but with it comes with one small condition: the auction would, of course, have to be a private one. The alliance is also keen to say that it would contribute some of the subsequent proceeds to the Treasury, although it has been extremely difficult to pin down an exact figure or percentage.

With lawmakers and the president, and precedent, behind a public auction, however, why are we even discussing the possibility of a private auction? Speed. The C-Band Alliance has made it plain that not only would a private auction be very swift – freeing up 5G spectrum within months – but that any efforts to force it to give up spectrum for a public auction would result in it putting up a hell of a fight.

The Rebel Alliance is playing off a years-long false sense of urgency that the mobile industry has pumped into Congress and the FCC in order to get its own way on rules, such as controversial rules to force local councils to hand over pole space to 5G base stations for a flat fee. Lawmakers have been crowing on about the “race to 5G” for years and are now being asked to put their money where their mouth is – literally.

There is a bipartisan law bill [PDF] in the works that would mandate a public auction and provide the basis to pull the spectrum away from the satellites companies, though this is itself a process and will face all kinds of legal hurdles. The C-Band Alliance is trying to figure what kind of deal it can strike to get lawmakers to back away and make it rain for everybody.

"Given the need to encourage rural broadband, are there some requirements that the FCC could incorporate into its order to make a private sale much more rural friendly?" asked Representative Susan Brooks (R-IN), basically asking if the FCC can guarantee her state will get $$$ from the auction. Yes, it could, she was told.

“I don't know what public interest protections and oversight the FCC can exercise over the process,” he warned, adding that the traditional public auction “ensures transparency, accountability and allows for competition issues [and] a diverse range of bidders.”

But even that may not be entirely true if you listen to the concerns of some groups taking part in the other piece of 5G auctioning: 3.5GHz.

The Rural Wireless Association (RWA) and the Wireless Internet Service Providers Association (WISPA) have written to the FCC this week complaining that its public auction plan for this bit of spectrum is weighted toward the monster mobile and cable operators that dominate the US market.

Under the current plan, organizations will be able to place bulk bids for chunks of spectrum, giving those with deep pockets and large resources a significant leg up. The whole plan is “an attempt to benefit large nationwide carriers seeking to aggregate counties in large metropolitan areas,” the RWA complained [PDF].

WISPA agreed [PDF]. The setup “creates an incentive for the large companies to increase their bids for rural, or less populous counties, that they would otherwise not have an interest in acquiring,” it warned.

In other words, the system will be used to maintain the current market for broadband’s biggest problem: fiercely protected local monopolies where cable companies divide up the country into small chunks and keep out competition while making it look, on a national level, like there is lots of real competition. In this case, huge companies will buy up spaces that they aren’t particularly interested in and are unlikely to invest in, simply to prevent the competition from getting a leg hold.

"WISPA supports the Commission’s goal that all consumers nationwide, including in rural areas, should ultimately have access to 25/3 Mbps service," it generously noted. "However, WISPA believes that, in this instance, the Commission has not yet allowed the unsubsidized market to mature sufficiently, and threatens private investment in areas that would have no service but for the presence of an unsubsidized provider."

As for the FCC itself, its chairman Ajit Pai has been uncharacteristically quiet on both the public/private auction debate for C-Band spectrum, and on the rules that benefit the large corporate cable companies in the 3.5GHZ band.

His fellow Republican FCC commissioner Michael O’Rielly has made a few noises about how the speed of the process may be the best thing, pointing to a private auction. But the sad truth, based on years of evidence-free policy making at the FCC under Pai, is that he is probably waiting on the assessments of companies like his former employer Verizon on which approach is going to save them the most money.

Because as much as everyone wants a cut of the billions going into spectrum, someone is still going to have to pay out that money. And that will be Comcast, AT&T, Verizon, and the usual suspects. As soon as those companies have made up their mind on which approach best suits their bottom line, you can expect their supposed regulator to make up its mind very swiftly afterwards. ®