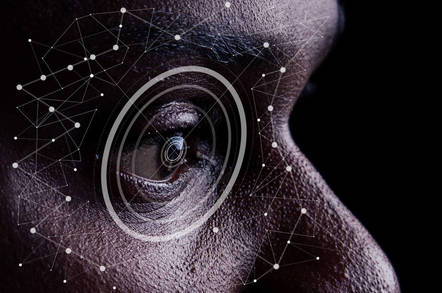 Proving that satire is truly dead, the Australian government hopes to use facial recognition technology to check Aussies are over 18 before ogling online smut.

In a submission [PDF] to a formal inquiry looking at how to carry out age verification for online pornography and gambling, the Department of Home Affairs argued its nascent facial recognition system was the ideal solution.

It goes to some trouble to outline its credentials in this area: Home Affairs “provides a suite of identity matching services to help organisations verify the identity of customers,” it notes. It also “provides relevant national guidelines and technical services that can assist with age verification.”

But that’s just the hors d'oeuvre, the real meat is in the fact that the internal security department of the Australian government is “developing a Face Verification Service which matches a person’s photo against images used on one of their evidence of identity documents to help verify their identity.” And as a result “this could assist in age verification, for example by preventing a minor from using their parent’s driver licence to circumvent age verification controls.”

Or, in this context, to prevent people from accessing online pornography.

Aside from the fact that it seems unlikely that Australians would want to directly connect their actual face to a specific pornography website and have that information stored in a government database, the proposal makes for some interesting logistics.

It’s safe to say that the proposed facial recognition would frequently take place through the built-in camera of a laptop or PC, meaning that the Australian Department of Home Affairs is formally proposing that it have access to everyone’s camera – even potentially underage kids – as they watch pornography.

But the Aussie government thinks this is a great idea. And it is – just think of all the possibilities: if you’ve got nothing to hide, you have nothing to fear, right?

The facial contortions that typically accompany sexual activity are rarely captured effectively in traditional photographs, making it extremely difficult for the police to ID offenders. But with a national database of O faces, made possible through this innovative use of technology, the police would be given a crucial advantage in tackling sexual crimes.

It would make Australian that much safer from sex pests and the like. In fact, there is an argument to be had that every upstanding Australian citizen be required to bring themselves off in front of a government-monitored camera in order to finally crack down on this persistent stain on society. It’s a citizen's duty to crack one out for the country and have it be filmed, analyzed and stored on a server.

And here comes the UK

Amazingly, the land Down Under isn’t even the first country to suggest this: the UK in its furious efforts to put national constraints on accessing pornography made a similar suggestion earlier this month.

Facial recognition tech was the perfect anecdote to unlawful onanists, explained Blighty's junior culture minister Matt Warman "so long as there is an appropriate concern for privacy.”

It hasn’t given up though: it will find a way! A national database of dick pics, anyone? ®

Including one of El Reg's Discord accounts. Oops!