Are you coming to the party dressed as an IMP? ARPANET @ 50

The first two letters sent that day were 'L' and 'O' – what should the third have been? 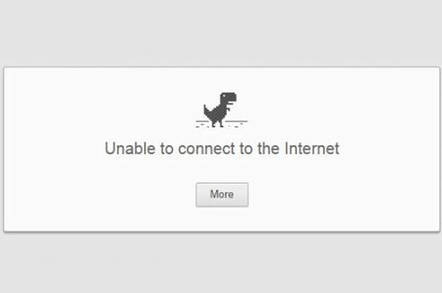 It is 50 years today since the first message was sent on the ARPANET, a precursor of the internet as we know it today.

Licklider went on to head up the Information Processing Techniques Office at ARPA in 1962 and, during his two-year stint there, impressed his vision upon his successors, Ivan Sutherland and Bob Taylor, and a researcher called Lawrence Roberts.

Convinced by Kleinrock of the feasibility of sharing communication using packets rather than dedicated circuits, Roberts joined DARPA. He spent 1967 working with other engineers and scientists to come up with a design for the network to authenticate users, deal with errors and retransmission before presenting it as the ARPANET plan at the Association for Computing Machinery conference in Tennessee.

At the same conference was a paper from Donald Davies and Roger Scantlebury on the UK's National Physical Laboratory (NPL) network, a packet-switching network which had been piloted in 1967. Paul Baran and other academics at the RAND group had also written a packet-switching paper, also independently of the others.

Roberts stirred the ideas regarding packet-switching into the ARPANET pot and added input from Kleinrock to come up with a complete plan for the network by mid-1968. A key facet was that rather than the hulking mainframes of the time (which would be the nodes), minicomputers known as Interface Message Processors (IMPs) would be used to interface to the packet-switched network.

The contract to build the critical IMPs was awarded to a team headed by Frank Heart at Bolt, Beranek and Newman (BBN), who, along with Bob Kahn were key to the architectural design of the ARPANET. Kahn, with Vint Cerf, would later propose the TCP/IP protocol (PDF).

By the time the first message was ready to be sent, the ARPANET consisted of two connected IMPs. The first was at UCLA, where Kleinrock had set up a network measurement centre. The second was at Stanford Research Institute (SRI). A third would later connect the University of California in Santa Barbara and a fourth, the Utah School of Computing, where Ivan Sutherland now resided.

However, once SRI had been connected, it fell to a UCLA student in Kleinrock's lab to send the very first host-to-host message, representing the moment many regard as the modern internet kicking off.

Of course, Kleinrock told The Reg, back in 2009, that 2 September was the date the first two nodes were actually attached, but 29 October was when that first crucial message was sent.

Famously, that first message only consisted of two characters – "L" and "O" before the thing fell over, but after an hour of fixes the full text, login, made it between the hosts and the internet, as many understand it, came to be.

50 years on, and we suspect that third letter would be more likely to be "L" rather than the "and behold!" as romantically suggested by Kleinrock.

The initial Host-to-Host communication software used by the ARPANET from the early 1970s was called the Network Control Program (NCP), which was eventually replaced by Vint Cerf and Bob Kahn's Transmission Control Protocol/Internet Protocol (TCP/IP) to allow machines downstream from an IMP to be addressed.

That transition happened on 1 January 1983.

The ARPANET itself was finally decommissioned in 1990.

There are many many publications and Wiki-holes to fall into regarding the influence the ARPANET and NPL pioneers had on the internet of today. Among other resources, we found The Internet Society useful as well as DARPA's own history (PDF).

We'd also recommend 25 minutes be spent in the company of the NPL boffins and The Story of Packet Switching. ®

He also developed one of the first ever flight simulators

It's just as weird as you'd imagine