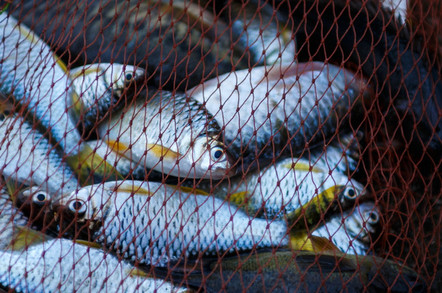 Oracle-owned NetSuite has plugged cookie-cutter SuiteSuccess tooling at its London SuiteConnect shindig as customers face up to a migration to Big Red's cloud.

Getting NetSuite up and running for a business has traditionally required an army of consultants plus a chunky upfront fee. When we put it to CEO Evan Goldberg that businesses might find the cost daunting, he laughed and said: "That's true."

Microsoft and its Dynamics 365 have started nibbling at the turf NetSuite has spent the last two decades carefully tending to. Goldberg acknowledged his Seattle competitor, saying: "Microsoft has made big progress overall in adapting their solution," before insisting NetSuite's take was "very, very different".

"You're not building software and then sort of daring the customer to install it and run it. You're providing a service."

Or, in the case of Big Red, squeezing licence fees out of customers until the screaming stops. Which makes SuiteSuccess interesting.

NetSuite is keen to throw around figures like "45 days to get up and running" using the pre-configured SuiteSuccess products rather than the lengthy and costly cash burners that all too many "digital transformation" efforts turn into.

For UK and Irish small to mid-sized businesses, NetSuite is adding SuiteSuccess products aimed at wholesale distribution and manufacturing, and the software-as-a-service veteran is also adding a SuiteSuccess for Social Impact for nonprofit companies.

The latter is not due until January, but Goldberg was keen to point out that the company currently supports around 1,500 nonprofits, most of which get NetSuite for free along with coaching and support in what the company calls "SuiteProbono".

"Because," said Goldberg, "we always put 'Suite' in front of everything."

Customers have a, er, SuiteMigration to look forward to after the company confirmed plans for a shift from the data centres that have served it well over the decades to Oracle Cloud Infrastructure (OCI).

By spring 2020, every new NetSuite customer in Europe will be running on OCI. Japan and Australia will follow next along with a pair of OCI regions available for new US customers.

Coming three years after Oracle controversially spaffed more than $9bn on the ERP outfit, the move is hardly a surprise. (Although The Register would have paid good money to see Oracle boss Larry Ellison's face had Goldberg said: "Yeah, I reckon Azure is the right place for us.")

Naturally, Goldberg stretched an analogy to breaking point by comparing the shift to Oracle's autonomous database with the spread of mobile phones. Once a "symbol of how incredibly rich" a person was, now the wealthiest people in the world "use the same phones as everybody else". Oddly, he failed to use Ellison's private jet or yacht in his metaphor.

Goldberg also had some words on the death of Oracle co-CEO Mark Hurd, describing the late exec's influence as "enormous" and his demise as "a tremendous, tremendous loss". As for the future, Goldberg said: "It's going to be a really tough transition." ®