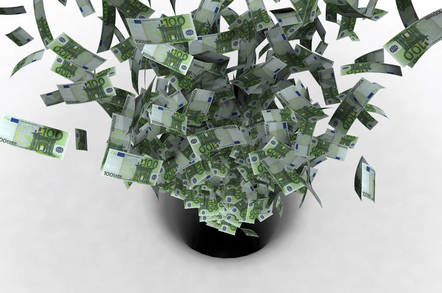 Google execs are upbeat for the future of the Chocolate Factory even as its quarterly haul took a hit in the profits department.

For the third quarter (PDF) of Alphabet's fiscal 2019:

The smaller-than-expected profits were blamed in part on a $1.5bn loss Google took to its investment portfolio, though execs did not say exactly what the investments were that didn't pay off. Alphabet does have a significant stake in Uber however.

And back to SiteLock

In addition, Google noted that it has pumped money into hiring new workers, specifically product managers and engineers for the R&D operations. CEO Sundar Pichai said that he expects those investments in staff to pay off for Google down the road. Google also boosted its real-estate holdings over the quarter, acquiring new buildings in Sunnyvale, CA and Seattle, WA.

Even with the quarterly dip in profits and the growing money pit that is other bets, Pichai says he and CFO Ruth Porat are not worried, as the Chocolate Factory has always put long-term growth over short term success. And, to be fair, $77.7m in profit every day for the last 90 days isn't bad going.

"Our view is that quarterly growth underscores the strength and vibrancy in our business," Pichai told analysts, pointing to the 20 per cent revenue jump. "We are continuing to invest in long-term opportunities."

Investors did not seem too bothered, either. Despite missing earnings targets, shares were down just 1.7 per cent at $1,268 in after-hours trading. ®