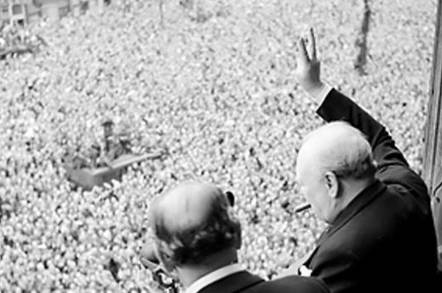 We're not getting an extra bank holiday for the 75th anniversary of Victory in Europe Day, but we will get a couple of extra hours in the pub.

The UK government has announced a short consultation to extend opening hours from 11pm to 1am for pubs on 8-9 May. They also moved the early May bank holiday (4 May) from Monday to the Friday (8 May).

Pub opening hours will, of course, be subject to a brief consultation with the cops, licensing powers that be, industry community groups and veterans organisations.

Other plans, we are told, "will be announced in due course" and "will look to evoke the spirit and significance of this year's D-Day 75 tributes which saw large-scale events with veterans at the heart of commemorations".

These will mark the sacrifices of the British, Commonwealth and Allied Armed Forces as well as those who contributed to the war effort on the home front.

"Extending licensing hours will pave the way for commemorative events across the UK, so we can pay tribute to the courage and determination of the millions who fought for our freedom or supported the war effort at home."

The war in Japan and Asia lasted until mid-August that year. ®

Comment Just what is Patrick Byrne's role in the Deep State? He's here to tell you