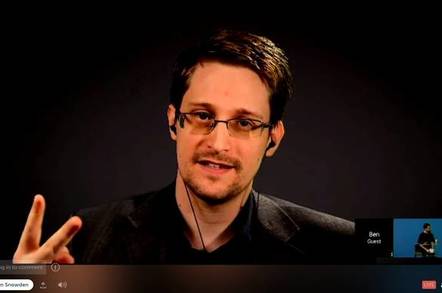 The US government has gone back to court in a bid to get a summary judgment against whistleblower Edward Snowden and Macmillan – the publisher of his memoir, Permanent Record.

The centre of the US case is that Snowden failed to submit his manuscript for approval to the Central Intelligence Agency (CIA) before publication and therefore breached his non-disclosure agreement. The government also wants Snowden to stop giving public speeches referring to his intelligence work.

Government lawyers noted Snowden signed secrecy agreements with the CIA and National Security Agency (NSA) before starting work at both agencies. The papers refer to his work between 2005 and 2013 as both a staffer and contractor.

All the US administration wants at this stage is for the court to rule on Snowden's liability, then it will decide on next steps.

The memorandum (PDF) in support of the application acknowledged that many of the facts are not in dispute. Snowden has publicly said, on The Daily Show no less, that he should have submitted his manuscript. His publisher said he would have done so had he believed the spies would review it in good faith.

It also points out that Snowden is making his living giving speeches "from international investment conferences to the TED stage to the Sorbonne – receiving glowing reviews and passionate applause from audiences around the world". But these too should be pre-approved by his former employers.

If all this sounds like a ringing endorsement for Snowden's books and speeches, the memo belatedly reminds us:

To be clear, for purposes of this lawsuit, the United States does not confirm or deny whether any of the above information – or anything at all in Snowden's book – is classified, or even whether anything in the book is true or not…

But we could do worse than to recall what is true about Snowden's revelations: the NSA blanket snooping on US citizens was illegal.

Unfortunately, at the Federal Bureau of Investigation at least, not an awful lot has changed since.

Funnily enough, Macmillan has just signed up an exciting new literary talent to crack the autobiography charts next Christmas. They've done a deal to get ex-Trump gobpiece Sarah Huckabee Sanders to write her memoirs, due out next autumn, NDA allowing of course. We're guessing the authors' Christmas drinks are going to be totally awks... ®