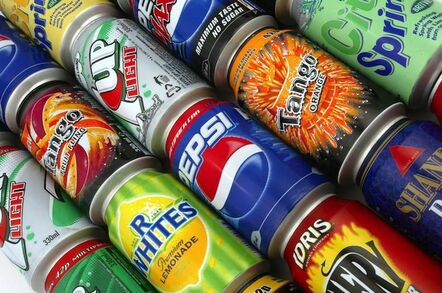 On Call Welcome back to On Call, The Register's weekly womble into the sometimes sticky situations readers find themselves in when responding to a user's plea for help.

This week's missive from the front line comes from "Walt" and dates back to when Back to the Future was gracing cinemas and the world was a simpler and considerably less connected place.

Walt's story takes us to the mid-1980s and the fine US city of Milwaukee in the US state of Wisconsin. "I was working," said Walt, "for a small investment house, which now is part of a large, multinational bank.

"I was the IT department. I was responsible for everything."

Walt had to keep the big minicomputers of the time running, develop software, run jobs, take backups and even put connectors on cables – all without a PFY to assist.

Walt's desk was located in the middle of the call centre, surrounded by about three-dozen phone reps and their "DGTs – dumb green terminals" as Walt put it.

The assets of the firm's customers were custodied at a large regional bank, headquartered in town. "We had a dedicated phone line to the bank," explained Walt, "and our minicomputers were equipped with hardware and software that emulated an IBM 3270 display cluster."

Getting access to customer data required the phone reps to launch an app on the minicomputer to turn their DGTs into 3270 displays. The bank had also issued each rep with a login and password, and a "three strikes and you're out" policy was strictly enforced.

In what will send a shiver of recognition through greybeard admins, the bank also provided three "emergency logins" that reps could use. Walt explained the problem: "A blocked login was a Bad Thing as password resets were done via an overnight batch process, so once a login was blocked, it was blocked for the rest of the day."

Today's security experts, with their multi-factor authentication and online password resets might shudder at the thought of an "emergency login", but it was acceptable in the '80s, the era of WarGames and D.A.R.Y.L., and the process was better than a password Post-it.

All was well until, of course, The Call came in: "One day one of the phone reps came to me and rather petulantly told me that 'my' computer was no good since it wouldn't let her log into the bank's system."

Walt investigated, and it turned out the rep had managed to not only block her own login, but had also burned through all the "emergency" logins as well.

He tapped the keys on her keyboard and was confronted by random characters on the command line. Patiently ignoring the fact that the user had apparently persevered in the face of the evidence, Walt remarked: "Looks like a bad keyboard," and trotted off to collect a new one.

As he picked up the user's keyboard after disconnecting it, "a flood of clear liquid gushed out."

"Uhh... you didn't by chance spill soda into the keyboard, did you?"

Of course she had, but had failed to put two and two together regarding the soggy keyboard and failure to be able to, you know, type anything.

Naturally, a rule was soon enforced about liquids beside the terminals, but sadly too late for the rep and any other users that accidentally locked their logins until the batch process to reset them ran overnight.

Ever had a crash caused by a Coca-Cola, or a pant-twisting incident from a careless Pepsi? Of course you have, and those crumbs from a Greggs sausage roll in your keyboard are a dead giveaway. Drop an email to On Call to tell us your own food-related fiascos.