I'll take the National Trust and Capita for 100, Alex 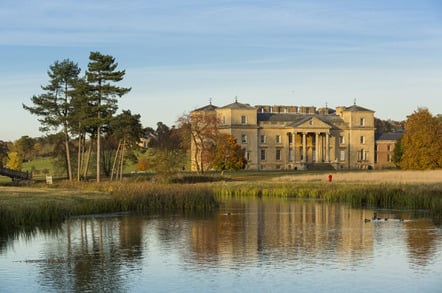 The National Trust, one of the UK's largest charities and beloved of many a middle-class day-tripper, has handed a £46m contract to everyone's favourite outsourcer, Capita.

The deal is a five-year extension for customer experience services, which Capita has provided since 2009. That includes handling new membership, renewals and cancellations, as well as supporting the trust's holiday, fundraising, donation and event management teams.

Capita said it will work with the trust "to explore new opportunities to embed digital technology into the trust's customer experience operation" and "improve the service and choices available to members".

The outsourcer answers 800,000 calls, resolves 25,000 webchat queries and handles 220,000 emails for the National Trust each year, as well as delivering a range of back-office functions including letter and membership card printing.

Capita said it has helped the National Trust receive a customer satisfaction rating of 4.5 out of five. (Although perhaps not for those non-members who unexpectedly find themselves paying over £100 for a ticket for four to one of their sites. And that's not including the overpriced scones in the tea room...)

It follows the £32m, seven-year Capita contract renewal by the London Borough of Bexley for its revenues and benefits services.

Both extensions will be good news for the business, which is currently in the second year of a turnaround programme by CEO Jon Lewis, who has blasted his company for being "too complex" and "driven by a short-term focus".

Lewis said the contract extension will save money for the trust "that can be reinvested in protecting 500 invaluable properties and places across the UK".

In its annual report, the trust noted its investment in IT went down £7.1m over the last year. "Our strategy going forwards will be to invest 'little and often' in our technology to keep it up to date and functioning well, rather than a pattern of large cyclical programmes of investment." ®