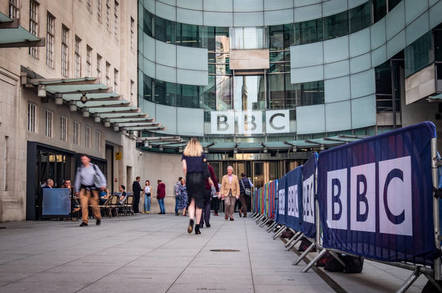 The BBC has launched a .onion version of its news website on the Tor anonymising network aimed at readers based in countries that ban its services.

In a statement, the Beeb said it had made its news content easier to access by audiences who live in countries where BBC News is blocked or restricted. "This is in line with the BBC World Service mission to provide trusted news around the world."

China, Iran and Vietnam are among those who have tried to block access to the BBC News website or programmes.

Instead of visiting bbc.co.uk/news or bbc.com/news, users of the Tor browser can visit the new bbcnewsv2vjtpsuy.onion web address. Clicking this web address will not work in a regular browser.

As Dr Steven Murdoch, a cybersecurity expert from University College London, points out, the move isn't a game-changer for people already seeking to evade surveillance and censorship – who can already access the Beeb and other sites via Tor, just without the .onion address. Among other things, it will protect those who are a little too hasty to control-V.

"I think it is an improvement to security – not a breakthrough. It's a helpful step for some users as it makes it easier and safer to access through Tor – which they might want to use because they are being censored, or don't want to be tracked by [their] ISP.

The BBC site was set up with the help of Alec Muffett, who built and maintains the Enterprise Onion Toolkit (EOTK). His team built Facebook's onion service back in 2014, and when The New York Times more recently created their own ".onion" website, they used EOTK.

The Onion Router project was set up by the US Naval Research Lab (NRL) in the 1990s to create internet connections that don't reveal who is talking to whom, even to someone monitoring the network. It became a nonprofit in 2006.

Its site notes: "The need for tools safeguarding against mass surveillance became a mainstream concern thanks to the Snowden revelations in 2013. Not only was Tor instrumental to Snowden's whistleblowing, but content of the documents also upheld assurances that, at that time, Tor could not be cracked.

"Today, the network has thousands of relays run by volunteers and millions of users worldwide. And it is this diversity that keeps Tor users safe."

Its users, of course, include privacy-conscious types such as fans of Tor-powered Linux operating system Tails.

However, Tor is also notoriously used for sites offering illegal drugs for sale and access to child abuse images. In August, the FBI was able to bring down a Tor-hidden pedophile site.

The agency remained tight-lipped as to how it was able to identify the .onion server's true public IP address, or those of its administrators or users. Previously agents have used a network investigative technique – a webpage script, Flash file or malware. ®