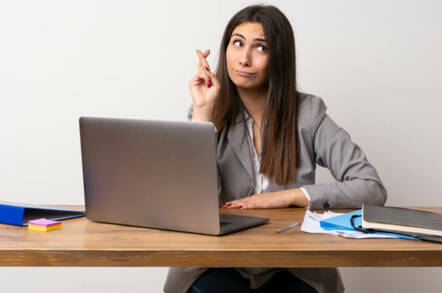 Gartner analysts at its annual IT Symposium/Xpo shindig in Florida reckon IT spending is on the way up next year, despite dire predictions for the rest of this year.

They reckon overall sales will be up 0.4 per cent for 2019 compared to 2018, the lowest growth forecast so far. But for 2020, Gartner believes growth of 3.7 per cent is on the cards, mainly thanks to enterprise software spending.

It credits spending on security, and especially compliance and privacy laws, for driving spending for products to help companies keep on the right side of the law.

"The slowdown in IT spending in 2019 is not expected to stretch as far into 2020 despite concerns over a recession and companies cutting back on discretionary IT spending," said John-David Lovelock, research vice president at Gartner.

Lovelock said the effects of Trump's trade war had not been felt yet but IT spending in China was expected to rise just 0.1 per cent, versus 3.5 per cent in the US this year.

"Should tariffs extend to devices like PCs and mobile phones, we will likely see manufacturers switch supply routes to minimize costs and have their technology made outside of China," he said.

The bigger picture, Gartner believes, is the rest of the world catching up with US spending on cloud technology. The UK is second to the US on cloud spending, although China is showing the highest growth in cloud spending – but it will not reach US levels by 2023. ®