Outlet says it's been ordered to cease trading under name 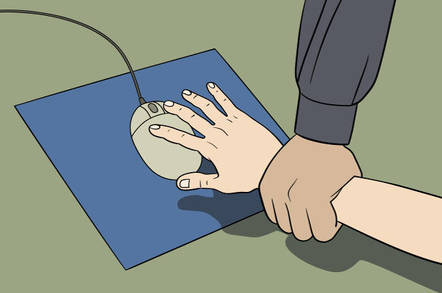 Big Red's lawyers have written to OracleTimes pointing out that Larry Ellison's database behemoth has been using the name Oracle since at least 1979 and accusing the website of potentially confusing readers by infringing on its trademark.

But British Virgin Islands-based OracleTimes is having none of it. In a lengthy defence on its website the news service references not just oracles of the Ancient Greek variety, but perhaps more relevantly that "oracle" is a term used in blockchain to define trusted data sources outside the actual chain.

Further, the site said it has been providing blockchain and crypto news since 2016 like, er, "an oracle for our readership..."

The defence continued: "The concept of an oracle has existed for thousands of years, and it is the definition of that concept that forms the basis of our decision to use the name. Our mission has always been to function as a de facto 'oracle' for our readership, delivering up-to-the-minute news and analysis that can give insights into what the future may hold."

We can only hope no one tells Oracle Corp about the beloved Berkshire shopping and dining destination just down the road from its British HQ in Reading.

Or the UK coppers' news site Police Oracle, Oracle Time, a watch magazine, or The Oracle Times on YouTube, which offers regular tarot readings based on star signs.

We've asked for comment from the other Oracle and will update if we hear back. ®

OracleTimes says it has gone broke as a result of Oracle's legal action, and has been forced to shut down. In a statement, the publication told us:

Oracle Corporation, via lawyers CMS Cameron McKenna, have pursued a legal claim against OracleTimes that has resulted in the news website being forced to file for bankruptcy with the loss of three full-time jobs and several short term contractors.

Strongly disputing the claim, OracleTimes maintained that the fact they are not a competitor business means that the accusation is not valid and that they have been bullied out of existence by the much larger technology firm.