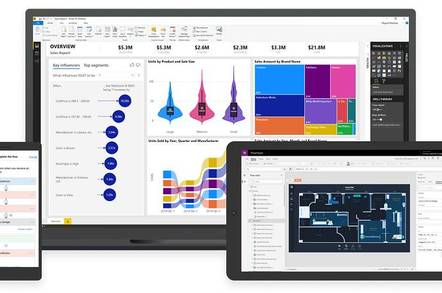 PowerApps is a low-code app building service, PowerBI is for analytics and visualization, and Flow is for automated workflows.

What these services have in common is that they are designed for business users rather than IT admins or developers. Microsoft, though, has picked up an obstacle to the "empowerment" for which the Power Platform is intended, which is that users have to work with their IT administrators to get licences for the services they want to use.

Hence the new announcement, which has appeared in a mobile app for Office 365 administrators. "Today, individuals within your organization are unable to purchase subscriptions or assign licenses for themselves or their departments without contacting you, their admin. Based on customer demand, we'll soon be enabling self-service purchase and license management capabilities," Microsoft beams. 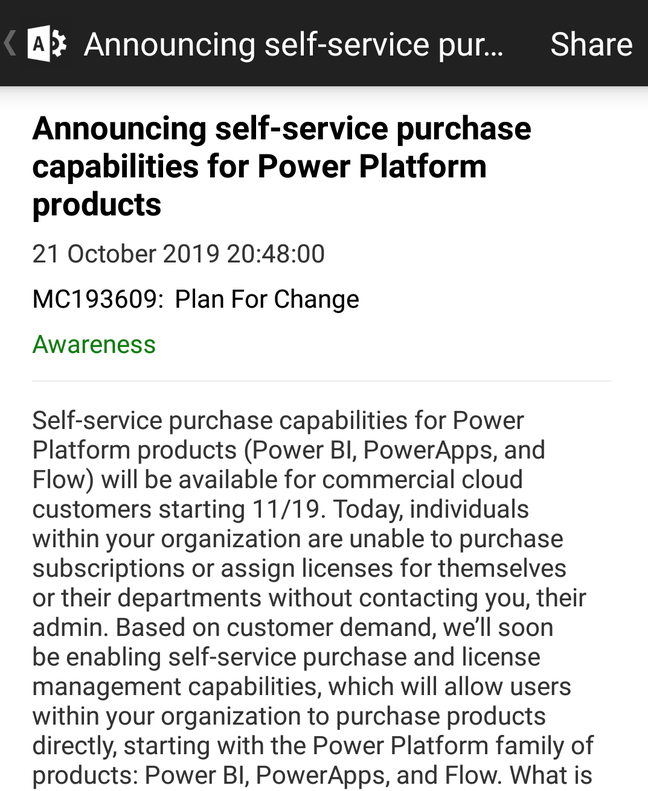 This does not mean that users will be able to purchase services that are billed via the organisation's current billing arrangements. Rather, users will get their own mini admin centre.

"Users that have purchased any of the products directly will now have access to a scoped version of the Microsoft 365 admin center that is limited to their purchases. Self-service purchasers are responsible for managing their own billing information, subscriptions and license assignment," reads the statement.

A typical scenario would be a director armed with a company credit card who will be able to set up their own billing and licence management without troubling central IT admin.

The benefits are obvious – especially for Microsoft, which can now pitch its services directly to end users.

A shadow falls across sysadmins' faces

But IT administrators may not be best pleased. They are concerned not only with controlling costs, but also compliance, controlling data sprawl, maintaining coherent systems and so on.

In a conversation on Twitter, one comment was that this is "a decision with no real consideration of the wider implications. Almost as if Microsoft is endorsing Shadow IT. Hope they reverse this quickly."

At least one user was more positive. "As a developer in a huge tenant – where my admin doesn't gives a thing on apply power platform [sic] – it is a game changer. I am able to pay my own license without any begging to that guy – or waiting months even years to get a license. Well done MS," he commented.

According to Microsoft's current statement, admins will have no choice in the matter. They will get "a view of all self-service purchases within your tenant. You will also be able to see how many licenses users have purchased and which Azure Active Directory enabled users those licenses have been assigned to," according to Microsoft's statement, but "the self-service purchase capability arrives automatically and is not configurable, so there's no action you need to take. We suggest that you update your training and documentation as appropriate."

Microsoft's big IT admin event Ignite is coming up shortly, giving concerned admins an ideal opportunity to press the company for a means of controlling this new feature – or will the company insist on power to the people? ®

Microsoft has reversed course on this.