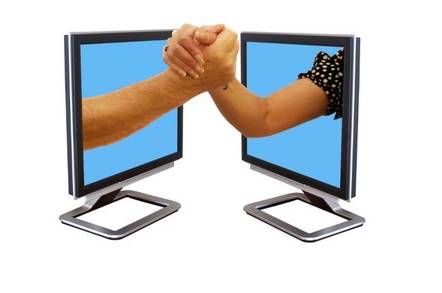 Pointing to a five-fold increase in firmware vulnerabilities over the last three years and not saying much about the growing number of Windows vulnerabilities, Microsoft on Monday said it has been working with PC-selling and silicon-making partners to ship kit that implements protection from malicious low-level device code.

Microsoft calls its firmware defense initiative "Secured-core PCs," and says compliant devices can be purchased presently from Dell, Dynabook, HP, Lenovo, and Panasonic, or from stores that carry its own Surface computers - no surprise there.

"Unlike software-only security solutions, Secured-core PCs are designed to prevent these kinds of attacks rather than simply detecting them."

In an email to The Register, Weston said the Secure-core PC requirements call for hardware and firmware protection baked in. The latest chips from AMD, Intel, and Qualcomm that have the Trusted Platform Module 2.0 and Dynamic Root of Trust (DRTM) built in, and virtualization-based security (VBS) enabled by-default are required. The operating system must be Windows 10 Pro. Windows Hello and Credential Guard must be used for secure sign-in and virtualization-based security.

"System Guard runtime attestation is also built in using TPM 2.0 to verify that the device booted securely," said Weston. "That information is then routed to Microsoft’s enterprise mobility solution, Intune. If Intune indicates that the device lacks integrity it can take a series of actions, including denying the device access to sensitive resources."

Asked whether Microsoft asks hardware partners to make public any additional data or reports as part of the security process, Weston said it doesn't.

Weston said last year that the Strontium hacking group, also known as Fancy Bear, was found to be installing malware via firmware flaws. Because firmware operates below the operating system, traditional security tools don't have much insight into firmware problems and can't do much to fix them if detected.

"As a result, the malicious code was hard to detect and difficult to remove – it could persist even across common cleanup procedures like an OS re-install or a hard drive replacement," said Weston.

The DRTM Service Block creates the chain of trust, with SKINIT starting the firmware and bootloader in an untrusted operating mode and then reinitializing the processor to create a secure execution environment for the SL. The SL then validates the platform configuration details by querying the hardware to get data from the DTRM Service. And the operating system can request re-validation at any time, to ensure no firmware alteration has taken place.

For hardware and silicon partners, there are no required security standards, but there are recommendations.

"While Microsoft doesn’t mandate specific firmware security review processes, there are specific requirements as well as recommendations for hardware and firmware manufacturers that they need to meet to ship Secured-core PCs," said Weston.

"Beyond the hardware protection of firmware featured in Secured-core PCs, Microsoft encourages a consistent set of security best practices for partners to follow. We recommend a defense-in-depth approach including security review of code, automatic updates, and attack surface reduction."

Weston also pointed out that Microsoft has an open-source firmware project called Project-Mu that PC makers can use as a starting point for more secure firmware. ®