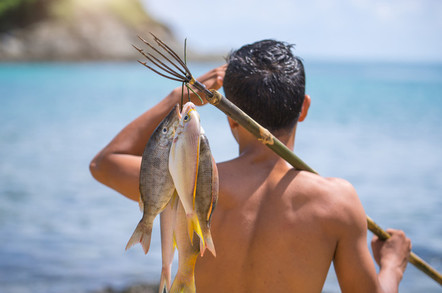 UK charities are misjudging the risks of fraud, according to research from the Charity Commission and the Fraud Advisory Panel.

The results showed a mismatch between practical anti-fraud protections and charities' belief in the strength of their defences: while 85 per cent believe they are doing all that they can to counter fraud, almost half have inadequate practice protections in place.

Researchers blamed charities' culture of trust as making them more susceptible to fraud, but no definitive figures exist.

The charitable sector in England and Wales spends about £80bn a year, so represent a tasty target to those of a less charitable disposition.

Yet only 30 per cent of charities surveyed have a whistleblower policy in place, which could help identify internal fraud, and only 9 per cent have fraud awareness training for staff. Mandate and CEO fraud are the most common kinds reported – accounting for 18 per cent of the total – and 4 per cent of charities admitted to suffering some sort of fraud in the last two years.

One large charity was scammed out of £845,000 by employing a treasurer without adequate background checks. They turned out to be a serial fraudster with 15 previous convictions. The charity only discovered there was an issue when a £2m discrepancy in their accounts was spotted.

Some charities are victims of quite sophisticated spear-phishing attacks. One lost £55,000 when it acted on a fake email requesting the transfer of funds which appeared to be from its finance director while she was at an international conference. The email arrived on the day the she was due to give her presentation, which had been promoted on social media, and referred to a joint aid project supposedly agreed at the conference. The money was never recovered.

The majority of frauds are committed by insiders – staff, volunteers or trustees. Only 13 per cent were carried out by beneficiaries. Most frauds were small scale and picked up quite quickly by financial control systems. Stronger audit and financial systems, coupled with whistleblower protections, would go a long way to reducing many of these issues.

Some 3,300 organisations answered questions – almost one in four of a representative sample of 15,000 UK charities.

Charities are urged to follow eight principles of counter-fraud practice and ensure they have measures in place which are commensurate with the charity's size and risk profile. Being a charity is not a defence against fraudsters. ®