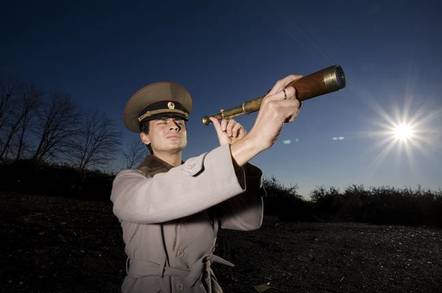 British and US spies have blamed Russian hacker group Turla for masquerading as Iranian hackers to launch recent attacks mostly on government systems in the Middle East.

It warned that Turla adapted previously used Iranian tools, Neuron and Nautilus, and stole Iranian hackers' infrastructure via a compromised account. They then attempted to access government systems, military organisations and universities in 35 countries across the Middle East.

Paul Chichester, NCSC's Director of Operations, said: "Identifying those responsible for attacks can be very difficult, but the weight of evidence points towards the Turla group being behind this campaign.

"We want to send a clear message that even when cyber actors seek to mask their identity, our capabilities will ultimately identify them."

The hackers pinched the Iranian tools then tested them against organisations they had already compromised using their Snake toolkit before going after fresh victims. They scanned systems using the Snake network of compromised machines to search for an ASPX shell vulnerability.

Once found, they sent commands to the ASPX shell in encrypted HTTP cookie values, which would have required knowledge of the cryptographic keys.

Turla, also known as Waterbug and VENOMOUS BEAR, has a long and grimy history of espionage-related hacks dating back to accessing US military systems in 2014.

The group was also blamed for breaking into the Czech Republic's Foreign Office email systems in 2017 and is assumed to be backed and controlled by the Russian government.

Costin Raiu, director of the Global Research & Analysis Team at Kaspersky, told The Register: "While we haven't seen ourselves the incidents described in the NCSC advisory, there is no reason to doubt them, although multiple explanations could be possible. For instance, other Turla tools, such as LightNeuron, an Exchange backdoor, are quite similar to the ones from the advisory, yet way more sophisticated, relying on steganography to establish covert C&C mechanisms. We have not seen these tools in use by any other actors besides Turla." ®