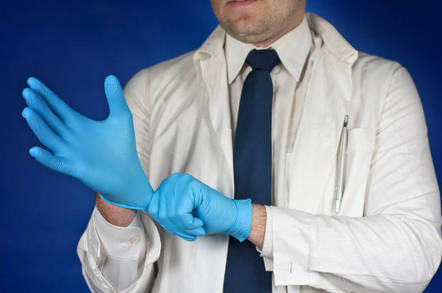 DeSalvo will give Google a steer on providers and medical professionals across its cloud unit and life sciences division.

In addition to recruiting senior folk, the ad and search giant is going after the healthcare market on various fronts by ramping cloud services and providing analysis and diagnosis tools like DeepMind.

DeSalvo, who leaves a position teaching at the University of Texas medical school, will become chief health officer, a new role, later this year, according to several US news sources and DeSalvo's Twitter feed.

Thank you @jencolamonico! I am so excited to be part of this team whose mission or better health for all is aligned with mine. https://t.co/6QgcIxAWcO

DeSalvo was national coordinator for health IT under the former US president, before moving to her university teaching position two years ago.

Google - or rather its parent company Alphabet - recently signed up Robert Califf, previously a commissioner at the Food and Drug Administration, to its healthcare division. He will be looking after policy and healthy strategies.

They will both report to David Feinberg, appointed by the Choc Fac back in June this year to run Google Health. Feinberg started his career as a child psychiatrist before moving to Geisinger – a large health maintenance organisation covering Pennsylvania and New Jersey.

Google's DeepMind deals in the UK with the Royal Free NHS Trust - which handed it access to 1.6 million patient records - has proved controversial. The ICO said no patient had given consent for their records to be handed over.

Five NHS trusts have signed deals with DeepMind to use its mobile app Streams for diagnosing acute kidney injury – which affects about 15 per cent of hospital admissions in the UK.

One trust declined to sign up following trials of DeepMind’s Streams app. The app uses an existing NHS decision tree to guide testing and treatment.

The ad giant last year removed an ethical oversight board as part of the reorganisation of the its health services.

Campaigners accuse Health Secretary Matt Hancock of acting as a fanboi for health technology for its own sake rather than questioning the value, cost and ethics of some of the firms selling the products.

Amazon is also keen to get its mitts on tasty healthcare cash and recently ported NHS advice content onto its Alexa devices. ®