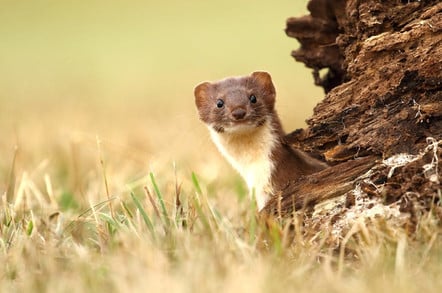 Canonical has released Ubuntu 19.10, codenamed Eoan Ermine for some reason.

Based on the Linux 5.3 kernel, Ubuntu 19.10 comes with an updated developer toolchain including GCC 9.2.1 and most packages have been compiled with additional GCC hardening options enabled for improved security. The default desktop is GNOME 3.34.

Ubuntu is increasing its use of Snap packaging. Snap is a container technology designed for desktop applications. A Snap container has read-only access to system resources but can be configured to have full permissions for your files and documents.

In Ubuntu 19.10, the Chromium browser is only available as a Snap. This is because Chromium is updated every six weeks, and whereas a traditional deb package has to be built individually for each Ubuntu release, a Snap package is built once for each architecture (x64, arm64 etc). Snap therefore allows faster availability of new releases, as explained here. 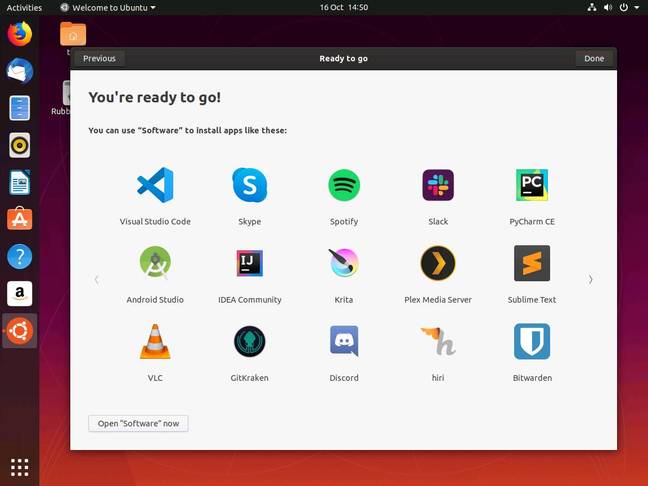 Ubuntu 19.10 is not offered for x86 (32-bit) architectures, but still includes some 32-bit libraries for compatibility reasons. Canonical initially decided to remove all 32-bit libraries, arguing that they are a maintenance burden and less well tested than 64-bit equivalents.

Prominent software projects including Steam and Wine promptly stated that they could not support 19.10 since 32-bit support is needed for many applications, though sometimes only for the setup routines. Canonical then backtracked, stating: "We will change our plan and build selected 32-bit i386 packages for Ubuntu 19.10 and 20.04 LTS." Last month Canonical posted a list of 32-bit "packages we commit to maintaining", 51 runtime libraries which, with dependencies, amount to 244 packages in total.

Problem solved? Not altogether. As the discussion of that list demonstrates, some applications that ran in 19.04 will not run in 19.10, at least, not without container or chroot trickery.

This is not altogether a bad thing, since it may prompt developers to work at removing 32-bit dependencies. Equally, users who value compatibility more than the new features in 19.10 should probably stick to 19.04 or alternative distros.

New features in the Eoan desktop include slicker support for USB drives (plug in and access directly from the dock), WPA support and Xwayland (an alternative to the X protocol) application support, but only when run as root. Nvidia drivers are now included in the installation media and have improved performance. 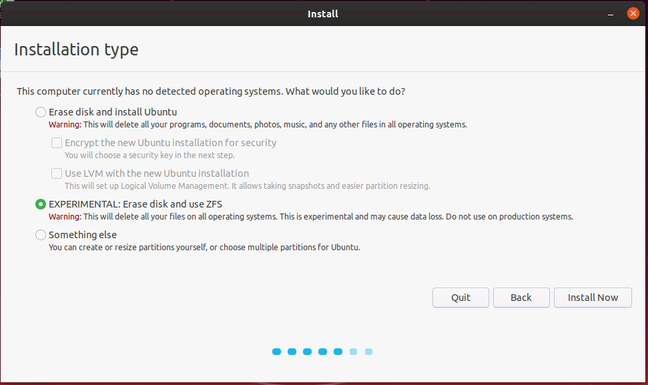 ZFS on root is a new experimental install option

The ZFS file system is now supported as the root file system, an option we chose in our test desktop install without incident so far.

Ubuntu Server includes the new OpenStack Train release, though the notes warn that "upgrading an OpenStack deployment is a non-trivial process"; we imagine that those running OpenStack will likely be aware of this. That said, Train does include live migration extensions, which means running VMs can me moved between hypervisors.

Those using Kubernetes for edge computing will benefit from better security in the MicroK8s package, which now includes strict confinement for full isolation.