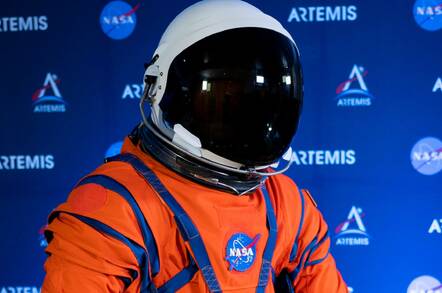 NASA has unveiled two new space suit designs for future astronauts on its Artemis program, a mission to send “the first woman and the next man" to the surface of the Moon by 2024.

The main suit worn by the explorers living on a lunar shuttle will be the Orion Crew Survival System. Built with safety in mind, it’s made out of a fire resistant material and is bright orange in color so that crew members are more easily spotted in the ocean, just in case of emergencies where the landing or launch process goes wrong.

It also features an improved thermal management system, where a liquid cooling garment is worn underneath the suit to keep astronauts cool. The whole thing will be pressurized, whilst an inner restraint layer with pleats along the joints allow the astronauts to move more easily.

To top it all off, there’s also the iconic space helmet that is now made of a material that is not only lighter and stronger than the old suits but keeps out noise too, making it easier to communicate with teammates and mission control via radio. 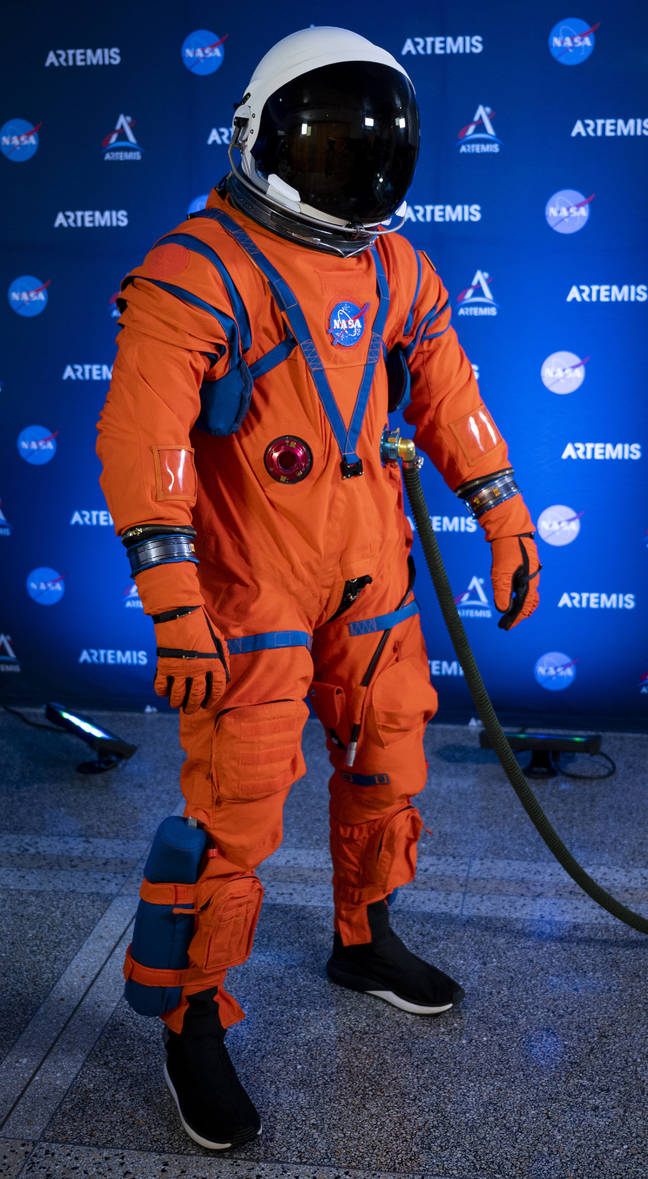 A full-body snapshot of the orange Orion suit for astronauts to wear when they're inside lunar spacecrafts. Image credit: NASA

If the astronauts need to step outside of their spaceship, however, they’ll need to don the Exploration Extravehicular Mobility Unit - or xEMU, for short. The xEMU is more complicated and needs to act as “a personalized spaceship,” protecting the space travelers from both vacuum and sharp lunar soil fragments. It carries a Portable Life Support System, worn as a backpack on spacewalks or exploration.

The fancy backpack carries air for the astronauts to breathe and removes carbon dioxide and other gases and odors wafting around inside the suit. Designed to withstand extreme temperatures of anywhere in the range of about -157 degrees Celsius (-250 degrees Fahrenheit) and 121 degrees Celsius (250 degrees Fahrenheit) to cope with regions that are in shade or in the Sun.

A warning system in place will alert astronauts if suit resources are dwindling or if components have failed. There’s also a diaper-like padding to absorb any moisture should the astronauts really need to relieve themselves during a spacewalk that can last several hours.

“NASA is prepared to build and certify the initial spacesuits for the first trip to the lunar surface in 2024, as part of the Artemis III mission. After Artemis III, the agency plans to transition responsibility for production, assembly, testing, sustaining and maintenance of a fleet of flight and training spacesuits and associated hardware to U.S. Industry,” it said in a statement. ®