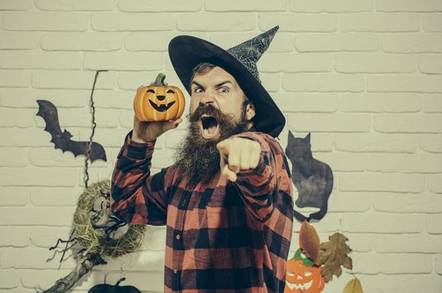 In its cross-government report today, the auditor concluded the government "has made progress with putting in place the systems, infrastructure and resources required to manage the border if the UK leaves the EU without a deal on 31 October 2019".

However, it added: "Departments face new challenges in monitoring and responding to any disruption that may ensue. This includes supporting businesses and individuals in meeting their new obligations, mitigating risks of the border becoming vulnerable to fraud, smuggling or other criminal activity," and... "activating civil contingency plans."

From 55 million customs declarations to 270 million, wow, at least the update is... no, we're sticking with CHIEF

The NAO said that by April 2019, departments had put in place most of the systems, infrastructure and resources they considered necessary for a no‑deal exit, but risks remained in relation to two programmes.

These include the Department for Environment, Food & Rural Affairs' (Defra) Import of Products, Animals, Food and Feed System (IPAFFS) to monitor and control the import of animals, animal products and high-risk food and feeds from outside the EU. Defra had "not been able to undertake the degree of user testing which it would have liked", it said.

Secondly, HM Revenue & Customs had developed new transit arrangements to allow traders to use the Common Transit Convention (CTC) to move goods through the UK to other countries without needing to make additional customs declarations.

"However, as at 12 April, there was insufficient infrastructure and system capacity to handle an expected increase in goods coming through Dover and Eurotunnel under transit arrangements. This created a risk of delays because there were no contingency arrangements in place."

Meanwhile, it seems plans by HMRC to replace its Customs Handling of Import and Export Freight (CHIEF) system with the with the Customs Declaration Service (CDS) in time for Brexit have been quietly dropped.

"HMRC's plan is to continue running CHIEF in parallel with CDS until they have migrated all traders to CDS. HMRC decided in January 2019 to use CHIEF as its primary customs system for EU trade in the event of no deal rather than CDS.

And that pesky Irish border?

And on the impossible problem of the Northern Ireland border issue, it seems the government has not yet made any infrastructure plans. The report said: "The UK government has stated that, in a no-deal scenario, it is committed to entering into discussions urgently with the European Commission and the Irish government to jointly agree long-term measures to avoid a hard border."

NAO head Gareth Davies said: "The Civil Service has faced an unprecedented challenge preparing for the UK's exit from the European Union. It has done so within a context where the form of the UK's departure has been uncertain, subject to shifting timetables and vigorous political debate.

"This report records the progress made by government departments, working with others, to prepare for the changes required at the border and to mitigate risks should the UK depart without a deal with the EU on 31 October. In doing so, I am obliged to point out the work that still needs to be done, and the remaining risks in the short and longer term. However, I wish to record that these have not been normal times for individual departments or government as a whole and that a great deal has already been achieved in the midst of much uncertainty." ®