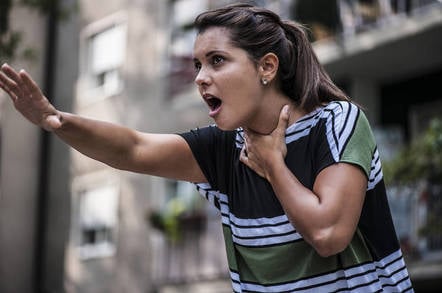 Brighton and Hove has been claimed as the latest victory in the battleground against common sense, with the council agreeing to ban the erection of three 5G masts.

The 20-metre masts were set to be installed in Brighton, but the city council has refused planning permission, saying the masts would create "visual clutter" and harm the character of the area, according to local rag The Argus.

It follows moves by other local authorities in England to ban the technology from their towns. Totnes in Devon also announced it would ban 5G until it was satisfied of its safety, as has Glastonbury and Frome in Somerset.

Although the decision by Brighton was not based on ill-founded health grounds, campaigners have claimed it as a victory.

Brighton and Hove 5G Radiation Free were due to present a petition to the council calling for the 5G rollout to be halted.

It continues: "Damage goes well beyond the human race: there is growing evidence of harmful effects to both animals and plants."

Although Public Health England, the World Health Organization and International Commission on Non-Ionizing Radiation Protection have found 5G to be perfectly safe, the campaigners say they are all quoting outdated research. "PHE are a government body, and the government have a vested interest in 5G and its infrastructure. This constitutes a conflict of interest for PHE," it said.

This is all reminiscent of the Nimby (not in my backyard) campaigns of the late '90s and early 2000s, when mobile phone masts first started appearing en masse.

Back then, folk claimed pulsing microwaves constantly bombarding the body are responsible for complaints of ill health. Those complaints eventually disappeared, to be replaced by whinging about lack of coverage instead.