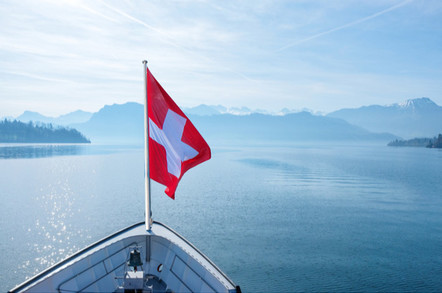 SoftwareONE, one of the world's largest Microsoft resellers, has started pre-booking its shares ahead of an initial public offering on the Swiss stock exchange later this month.

Aside from Microsoft, the firm also flings licensing and services of some 7,500 other software providers, employing 5,300 people around the world to look after 65,000 businesses.

It claims to have shifted 10 million people to cloud services and provides a full range of cloud and software licensing services along with training, managed services and asset management. It also boasts to have increased adjusted margins from 17 per cent in 2016 to 33 per cent in 2018 thanks to automation and standardisation.

If all goes well, the company hopes to have shares fully listed "on or around" 25 October. Book building, under writing or pre-selling of shares to institutional investors will run for 10 days.

This time last year, the firm swallowed IT services provider Comparex - also pretty big in the Microsoft game. At the time, it predicted revenues of €10bn from software purchases and said it would have 5,500 employees operating over 88 countries when the deal closed this year.

The company is adding three people to its board of directors: José Alberto Duarte, Timo Ihamuotila and Marie-Pierre Rogers.

The three founding shareholders will keep a significant interest in the company, as will investor KKR. SoftwareONE has promised investors that it will continue to pay out 30 to 50 per cent of its profits in dividends in the years ahead. ®