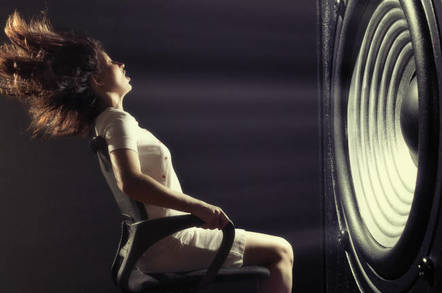 Google's AMP project will join the incubation program of the OpenJS Foundation, which is part of the Linux Foundation.

AMP – which originally stood for Accelerated Mobile Pages though not any more – was launched in 2015, ostensibly to speed up page loading on smartphones. The technology includes AMP HTML, which is a set of performance-optimized web components, and the AMP Cache, which serves validated AMP pages. Most AMP pages are served by Google’s AMP Cache.

AMP looks somewhat like a Google land grab and has been controversial. While better performance is welcome, having to support AMP HTML is also a burden on publishers and a constraint on web design, especially since Google’s guidelines state that “users must be able to experience the same content and complete the same actions on AMP pages as on the corresponding canonical pages, where possible.” Supporting AMP is optional, though if Google search prioritizes AMP pages, publishers have little choice.

In September 2018, the AMP project announced an “open governance model” where decisions are made by a steering committee and a “wider variety of voices” have a say in the project’s direction. The announcement included “exploring moving AMP to a foundation.”

That move will now take place. Google principal engineer Malte Ubl, a co-founder of the AMP project, announced last week that “AMP is joining the OpenJS Foundation incubation program.” This means that the project will join the foundation once a number of onboarding tasks have been completed. Ubl adds that Google will continue to finance the project, via the foundation, and that “the team of Google employees contributing full time to the AMP open source project will also continue to do so.”

There are fine words about commitment to “a strong user-first open web forever,” but the FAQ also notes that “currently the AMP runtime is hosted on the same infrastructure as the Google AMP cache” and that “currently, only past or current Google employees have commit rights.”

The FAQ answers itself by saying that “the end goal is to separate the AMP runtime from the Google AMP Cache” and that “more of an inclusive contributor base” is envisaged in future.

It's also worth noting that Google is a platinum member of the OpenJS Foundation and its parent The Linux Foundation – meaning it provides significant financial support – so the advertising giant can still be expected to have some influence over AMP governance.

Some of the fears about AMP were allayed back in January 2018 when it was announced that publisher URLs, rather than Google URLs, would be displayed for AMP pages loaded from the cache.

While placing the technology in the hands of a foundation is a positive move, it does not change the way Google can prioritize AMP pages in search results, and therefore ensure that publishers have to support the standard. ®