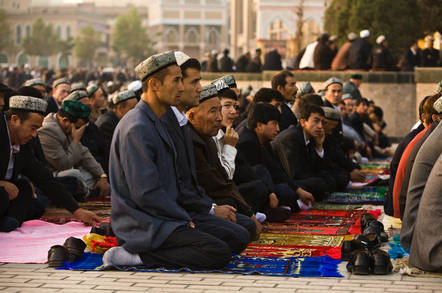 The US government has blacklisted 28 Chinese companies, including some of the world’s most valuable AI startups, for being complicit in China’s effort to brutally crack down on its Uyghur Muslim population.

The majority of China’s Muslim population live in Xinjiang, a Northwestern region in between Kazakhstan and Mongolia. Millions of Uyghurs have been subjected to constant surveillance and thrown into internment camps.

Now, the US government is fighting back by placing the Xinjiang People’s Government Public Security Bureau and 19 of its subsidiaries, as well as eight tech companies, on its Entity List, making them subject to sanctions.

The list, enforced by the Bureau of Industry and Security (BIS) from the US Department of Commerce, states which parties that US companies are prohibited from trading with without governmental permission. "The Entity List identifies foreign parties that are prohibited from receiving some or all items subject to the EAR unless the exporter secures a license," according to the BIS.

“The U.S. Government and Department of Commerce cannot and will not tolerate the brutal suppression of ethnic minorities within China,” said Wilbur Ross, the Secretary of Commerce. “This action will ensure that our technologies, fostered in an environment of individual liberty and free enterprise, are not used to repress defenseless minority populations.”

Some of the companies that have been punished include SenseTime and Megvii, so-called unicorn startups valued over a billion dollars. SenseTime, known as Shangtang in China is valued over $7bn, was founded in Hong Kong and develops AI algorithms to facial recognition.

Megvii, a similar company based in Beijing valued over $4bn is known for Face++, its open source software for face detection. It has been integrated in a police app to target Uyghurs. Yitu Technology and Yixin Science and Technology Co are also blacklisted for supplying the Chinese government with facial recognition technology.

“We strongly oppose the inclusion of Shangtang Technology in the list of entities by the US Department of Commerce and call on the US government to re-examine it,” SenseTime said in a statement.

“Shangtang Technology will actively communicate with all parties on this matter as soon as possible to ensure fair and equitable treatment. We are confident that we can maximize the protection of our customers, partners, investors and employees.”

In other related news, Secretary Mike Pompeo announced the US were clamping down on visas to Chinese officials believed to be involved in the "detention or abuse of Uighurs, Kazakhs, or other Muslim minority groups in Xinjiang".

"China has forcibly detained over one million Muslims in a brutal, systematic campaign to erase religion and culture in Xinjiang. China must end its draconian surveillance and repression, release all those arbitrarily detained, and cease its coercion of Chinese Muslims abroad," he said in a tweet. ®