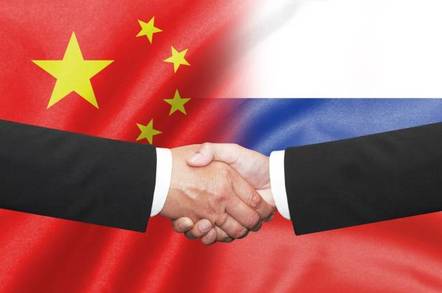 China and Russia will sign a joint treaty aimed to tackling “illegal internet content” later this month, the Russian telecoms regulator has announced.

The signing will take place on October 20, the first day of annual internet governance conference that the Chinese government has run for several years in Wuzhen.

Details are currently vague but for several years, both countries have passed increasingly restrictive laws on what people can post on the internet and how users can access it. Most importantly, however, is the fact that Russian authorities said the agreement would have the status of an international treaty.

That means that it is likely to be just the start of a broader effort by both countries to expand their vision of what should be allowed on the internet to more countries across the globe. It is also a sign of a growing partnership between the two countries, which will worry Western states that have long sought to protect the liberal information-sharing that the internet has traditionally embraced.

Examples of China and Russia clamping down on information that those in power would rather was not disseminated are, sadly, too numerous to mention. China is renowned for its Great Firewall that effectively shutters it off from the global internet and its vast armies of censors that constantly trawl what its citizens are posting and remove anything they deem inappropriate, as well as occasionally making a personal visit to people that frequently post such content.

One good example of how such censorship can be both amusing and chilling is in the effective banning of Winnie the Pooh - yes, the illustrated bear - in China because people started comparing it to China’s leader Xi Jinping.

The revolution will not be televised, tweeted, facebooked or instagrammed

More disturbing were the extraordinary technical capabilities that were used to remove - in real time - any mention of the death of Chinese dissident and Nobel laureate Liu Xiaobo.

Russia wishes to be equally restrictive although it does not appear to have the technical capabilities and it has not put itself behind a national firewall, at least not yet - it is working on it. It has instead focused on removing people’s ability to access information anonymously. For example, it has banned the use of VPNs in the country unless approved by the authorities.

Earlier this year, Russia signed a new law that will force traffic through government-controlled exchanges and eventually require the creation of a national domain name system - something it has promoted as advancing Russian sovereignty.

That the two countries intend to formally work together is a sign that they intend to build a consistent way to limit and censor information online, and then use their significant political and economic power to drive others to adopt similar policies and technologies.

In that sense, the World Internet Conference where the treaty will apparently be signed is a fitting venue. The conference has become the focal point of efforts by both China to gain more control of the global data policies, which has been dominated by Western countries since the internet’s inception.

It was launched to counter a United Nations internet governance effort that both Russia and China has repeatedly tried, and failed, to turn in a more authoritarian direction. To the shame of many Western tech companies and internet governance specialists, the conference has been given increasing credibility thanks to their attendance in recent years, despite growing concerns around things like the banning of the press to attend.

Apple CEO Tim Cook gave a keynote in 2017. And the former head of DNS overseer ICANN, Fadi Chehade, even took a job putting the conference together.

The alarm bells were there from the first conference in 2014 when the Chinese government tried to jam through a declaration on the last day, but people’s egos, and desire to draw closer to those overseeing the vast Chinese market, was a flame that many were drawn to.

Western government representatives has increasingly stayed away from the conference as its goals have become clearer and aligned with China march toward greater censorship.

And their attendance has increasingly been filled with representatives of nations closely aligned to Russia. In 2017, Russia’s prime minister Dmitry Medvedev was joined by the prime ministers of Pakistan, Kazakhstan, Kyrgyzstan, and Tajikistan. ®