Hey, I wrote this neat little program for you guys called the IMAC User Notification Tool

Implementations, Moves and Changes were delighted – for a time 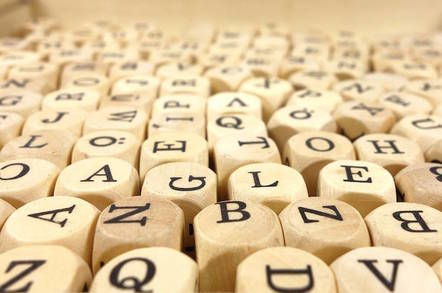 Who, Me? As the weekend departs like a first-class flight to Paris, and Monday turns up with the all the glamour of a Ryanair into Stansted, it is time once again to console ourselves with another tale of reader misdeeds in The Register's Who, Me? column.

Today's story comes from a time when we were optimistically looking forward to all the delights of a new millennium, courtesy of a reader we shall call "Stef".

Two decades or more ago, Stef had the pleasure of working as an analyst/developer at an anonymous financial institution located in the City of London.

The institution had a technical department consisting of a dozen or so people which, Stef told us, was called "Implementations, Moves and Changes." As for what this bunch of staffers did? "Well, you can probably work it out from their name..."

Now, we in the IT world do love our acronyms, be they BOFH, PFY or RTFM, so it will come as no surprise to learn that that mouthful of syllables was swiftly changed to IMAC for the sake of convenience.

Stef told us: "The software they used to track everything had no 'alert' feature and was bloated and clunky."

Being a developer, "out of sheer frustration" Stef "wrote a little self-contained program that ran from the desktop and would notify the user of any upcoming activity involving them."

Neato! It was, he told us, innocently, "an IMAC User Notification Tool, if you will."

The users loved it and we hope Stef was bought the odd beverage or too in recognition of his efforts. After all, developers live to make life easier for users, right?

Well, except those that work on iTunes for Windows or Apple's Podcast app, of course. Those devs are going straight to coder hell where they will spend eternity writing recipe trackers in Visual Basic 3 and Access, with source control courtesy of SourceSafe.

Stef proudly told us: "So popular did this little User Notification Tool become that the Desktop team decided to include it in the next standard rollout."

Indeed, a user lucky enough to be in the IMAC team automatically had an icon for it on their desktop. The acronym fairy had also paid a return visit since, after all, "User Notification Tool" was also a bit long for a caption.

So, the icon's label?

Without a trace of a guilty conscience, Stef told us it was "IMAC UNT".

Although, to be fair, this hack used to snort with childish delight when "SQL Query Analyzer" was minimised and the caption truncated in an awkward fashion.

But as for IMAC UNT, "Honestly I don't think anyone noticed for several weeks, and when they finally did, I just played dumb."

Ever snuck in a swear in the form of a seemingly innocent acronym, or giggled when an unsuspecting co-worker innocently turned a sequence of words into the foulest of language? Of course you have. And you should email Who, Me? to share your part in the pain. ®