The sulphurous green demon has set up home on my doorstep 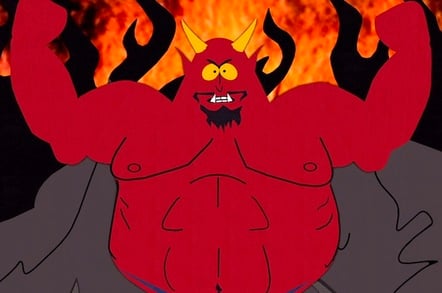 Something for the Weekend, Sir? "ARE YOU FEELING LUCKY?"

The answer to that depends on a number of circumstances. For example, if Dirty Harry is doing the asking, you'd be advised to shake your head and raise your hands. If Harry's asking an embarrassed Snow White, well, that's another matter entirely.

Me, I suppose I believe in luck. That is, I share a pessimist's fatalistic view on the Inevitability of The Fuckup as held by most of those whose work frequently glimpses the wiring under the board. So while I sense we may all be the victims of chance, I don't really believe we have any choice about it nor much influence over it.

Just a couple of weeks ago, I noted how the narrow-foreheaded inhabitants in certain French towns had been raising torch-and-pitchfork against electricity smart meters. Not only are they convinced that the electromagnetic waves spewing from these domestic energy measuring and reporting devices is making their offspring glow like Ready Brek children, they managed to convince some local magistrates to order the boxes to be removed.

Sure enough, luck and synchronicity promptly shouldered their way in. An EDF technician turned up this week and, without asking or being asked, installed one of these notorious Chernobyl Lite smart meters at my own front door.

What were the chances, eh?

I first wrote about the French hate-affair with smart meters just over a year ago, while using the opportunity to take the piss out of the affected way in which consumer victims hold their smartphones. The initial objection held by my amphibian countrymen was that they were [gasp!] sharing their data with remote sites.

Well, yes, that's sort of what smart meters are for: they send your meter reading wirelessly back to the electricity company so they can bill you. But I sympathise with anyone who is worried that someone, somewhere, is using these records for other purposes. For example, the deviously minded could be compiling this energy usage data to determine which times of the day a house is occupied or unoccupied, and target it for burglary accordingly.

You don't have to be paranoid or nutso to believe such a thing happens all the time in the modern age. But then it always did. All that's changed is the way in which savvy robbers case a joint before donning the stripy sweatshirt and grabbing a crowbar on their way to work.

Indeed, I'm told many of the classic traditions of pre-crime research remain alive and well today among not just burglars but door-to-door conmen as well. The first thing to do, apparently, is to check the phone book or the local electoral register. Anyone with an old-fashioned first name such as Howard, Brian, Edith or Doris is automatically a potential target.

Then they tour the locality and spend a fair amount of time inspecting the front gardens. Fake stone cladding on brick walls is a good indicator of a likely doorstep fraud victim, I'm told. Unnecessary garden furniture is even better: cement angel statuettes from garden centres, miniature wishing wells, that kind of thing.

At the top of the list is garden gnomes.

You may not be aware but there are different varieties of garden gnome, and each kind reveals a lot about its owner. A generic bearded imp with a fishing rod is bad enough, but they say that planting a Disney-specific character dwarf on your lawn marks you out as a hopelessly gullible loon. As soon as the fraudster sees one of Snow White's little pals, it's an instant green light to march up to the front door, ring the bell and announce: "I'm doing work in the area and I see your roof/drive/wall/head needs fixing."

Anyway, back to those naughty French smart meters.

It doesn't matter what the terms and conditions say, nor what the company promises about how your data is kept private or how often it regurgitates the empty falsehood "customer security is our highest priority" – when events prove time and time again that the truth is the precise opposite – it's a valid concern.

Unfortunately, the French didn't stop there. It's not enough to worry about such a wibbly, conceptual and intangible thing as data security. You can't raise an angry mob and burn down the Bastille that way! No, as far as they are concerned, the electricity companies are actively SELLING customer energy usage records to the DEVIL HIMSELF.

Convincing oneself and others that smart meters are intrinsically evil is easy in France because in classic French bureaucratic fashion, the Powers That Be decided that every single smart meter in the country had to be the same type, from the same manufacturer and with the same outward design. Worse, they are all the same colour: a kind of runny-nose green.

Worst of all, some idiot in the energy ministry must have signed off on a request to give the smart meters an infantile brand name: the Linky.

Suddenly this gave the tin-foil hat brigade a very tangible and not-at-all wibbly target: those ugly green Linky bastards are invading our homes, sleeping with our wives and stealing the souls of our children! Allez, Marcel, grab your hi-viz vest and pitchfork, let's head to the town hall for an afternoon of impotent irrational shouting and incongruous vehicle pyromania! 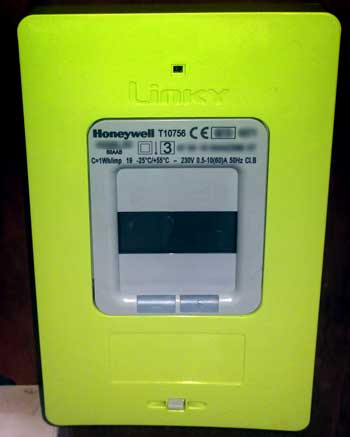 To give you a terrifying glimpse into the depth of Hell itself, here's a photo of my new Linky. Chilling, isn't it? It's enough to give Stephen King nightmares, Clive Barker the collywobbles and Dante Alighieri the shits.

While the technician was installing my personal sulphurous hobgoblin by the doorstep, Mme D asked him whether he had encountered any objections from other consumers concerning the supposed explosion of electromagnetic waves roaring forth from the green box.

"It's all bollocks," came the weary reply.

I think I should invite him to write a guest column here the next time I go on holiday.

With my vacation cover safely in the bag, I would rest easier at night. However, I've noticed that whenever one of us takes a shower, the water meter in the cabinet adjacent to the Linky begins ticking audibly. Or… could it be… chuckling?

What are the chances, eh?

Alistair Dabbs is a freelance technology tart, juggling tech journalism, training and digital publishing. He is entirely unconvinced by such talk of electromagnetic interference cauzzzzzd by the Linky and wishzzzzzes everyone would grzzzow up or just rrrrrrhhhh gggggtttt the fqqqqq kkkkkt. @alidabbs