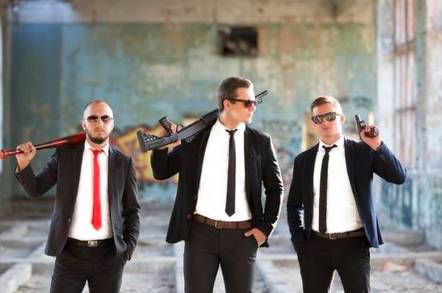 Joseph Amato's attempt to surveil his girlfriend by attaching a hidden GPS device to her car led authorities to surveil the alleged mobster, and ultimately to his indictment by a grand jury.

Amato, said to be a captain in the Colombo organized crime family of La Cosa Nostra, was among 20 defendants charged by the Justice Department with racketeering, extortion and loansharking, among other crimes, including cyberstalking.

The government unsealed three indictments on Thursday in the Eastern District of New York where the defendants were arraigned. Beyond Amato (60), others named in the indictments include alleged Columbo family members Daniel Capaldo (54, aka "The Wig" and "Shrek"), Thomas Scorcia (52), and Vincent Scura (58, aka "Vinny Linen"), as well as alleged Colombo family associates Joseph Amato, Jr. (26) and Anthony Silvestro (28, aka "Bugz").

According to court documents, the investigation began three years ago after Amato had been cyberstalking his then girlfriend.

"In November 2016, a GPS tracking device was found on an MTA bus in Staten Island during a routine maintenance inspection: it had been hidden in an oil pan," the government's detention memo states. "In fact, Joseph Amato had purchased the device to place a girlfriend, identified herein as Jane Doe, under close surveillance and used the tracking device in an attempt to maintain control over her."

Amato, the filing says, tried to intimidate the unidentified woman by boasting about his reach in the New York City area, stating in one email, "This is my island. Not yours. I have the eyes all over."

But government investigators had eyes all over Amato, in the form of court-authorized wiretaps, after Jane Doe discovered the GPS tracker on her car and removed it. The detention memo suggests she placed it on an MTA bus to thwart Amato's surveillance.

When the bus inspection turned up the tracking device, the FBI and the NYPD began looking into Amato. "The government’s commenced a larger investigation of Amato following the discovery of the tracking device that had been registered to him," the detention memo states.

The court documents detail various alleged criminal activities that would have fit right in to HBO's mafia series The Sopranos, like threatened beatings and attempting to fix an NCAA men’s basketball game by offering to pay thousands of dollars to team members to ensure they lost by a significant amount.

"One of the stunning things revealed in this investigation, it seems members of the mafia families that were once almost romanticized by Hollywood and pop culture, have resorted to acting like playground bullies," said William Sweeney, assistant director-in-charge of the FBI in a statement.

"As alleged, they are still up to their old extortion and bribery schemes, and terrorizing their victims, but they are also still getting caught." ®