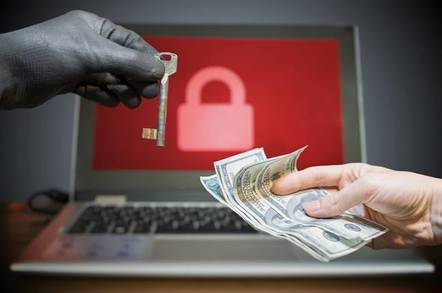 The FBI is easing up a bit on its hardline stance against paying ransomware demands.

The Bureau has posted an updated version of the guidance it offers for companies on how to handle ransomware demands with a section discussing the option of paying the hackers to get data decrypted.

In short, the FBI still says that companies should not cave to hacker demands and pay to have their data unlocked, but the bureau acknowledges that paying is an option.

"Paying ransoms emboldens criminals to target other organizations and provides an alluring and lucrative enterprise to other criminals," the FBI's guidance reads.

"However, the FBI understands that when businesses are faced with an inability to function, executives will evaluate all options to protect their shareholders, employees, and customers."

The common advice for companies when it comes to ransomware is never to pay the demand. The thinking, as the FBI notes, is that paying a ransom will encourage and embolden criminal hackers, and as studies have shown, you're likely to not even get your data back even if you do pay.

More recently, however, another school of thought has arisen suggesting that, in some cases, a company might be better off paying the ransom demand.

First, as experts have pointed out, the idea that paying will encourage attacks is rather antiquated at this point.

After years of successful attacks, cybercriminals know full well that there is money to be made in ransomware, even if most marks don't cave. We're well past the point of scaring off the crooks by not coughing up cryptocoins, ransomware is here to stay.

In some cases companies are being advised to at least entertain the idea of meeting the ransom demand, but only as a last resort and via a consultant or security professional who is able to verify that the decryption keys will work and the malware infection can be thoroughly purged after.

This reality seems to have reached the FBI, who says that while it still doesn't condone paying, it understands that in some cases the victim will opt to meet the hackers demand, and it still wants those people to report the incident.

"Regardless of whether you or your organization have decided to pay the ransom, the FBI urges you to report ransomware incidents to law enforcement," the kinder, gentler Feds offer.

"Doing so provides investigators with the critical information they need to track ransomware attackers, hold them accountable under US law, and prevent future attacks."

In other words; it's not advisable to pay ransomware demands, but you won't get in any trouble if you do. ®