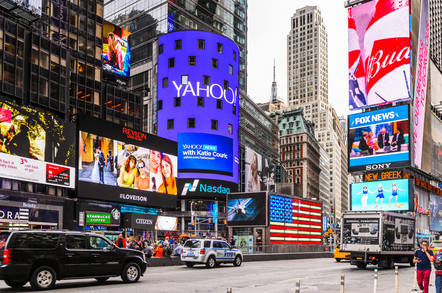 Former Yahoo! software engineer Reyes Daniel Ruiz has pleaded guilty in a California federal court to one count of computer intrusion after breaking into customers' Yahoo! emails and accounts at other service providers to obtain private data, mainly sexual images and videos of account holders.

According to the Office of the US Attorney of Northern California, Ruiz, a 34-year-old resident of Tracy, California, abused his internal access at Yahoo! to hack into about 6,000 accounts in May and June last year. He then used the information he obtained to compromise other online services used by Yahoo! customers, such as Dropbox, Facebook, Gmail, and iCloud.

The incident pales in comparison to the 2013 hack that led to the compromise of all three billion Yahoo! accounts. But such mischief can't be ignored.

The US Attorney's Office said Ruiz acknowledged targeting accounts that belonged to young women, including those of friends and colleagues.

Ruiz is said to have copied images and videos he accessed and stored the files at home. And once Yahoo! detected suspicious account activity, Ruiz admitted destroying the computer and hard drive where he'd stored the purloined files.

Ruiz was indicted by a federal grand jury on April 4, 2019. The court records have not yet been made available. The Register has asked the Department of Justice for a copy of the indictment but we've not heard back.

A sentencing hearing has been scheduled for February 3, 2020; Ruiz is currently on release, subject to a $200,000 bond. The maximum penalty for computer intrusion is five years imprisonment, a fine of $250,000, and restitution to the victims. ®