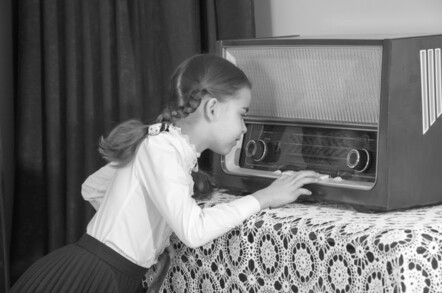 The BBC has once again drawn ire from the loyal TV licence-paying public by pulling its live radio streams from third-party services.

Perhaps listeners would have gone quietly over to the BBC Sounds app launched earlier this year – which is very much part of the motivation for the move – were it not for Old Auntie Beeb's bare-faced admission that such outside platforms simply weren't providing the broadcaster with enough of your delicious data.

Back in August, Kieran Clifton, director of BBC Distribution & Business Development, wrote on the BBC Blog: "From August 30th, our live radio streams will no longer be available via TuneIn on some platforms in the UK. We're working closely with TuneIn to ensure that this is done in a way that doesn't disrupt your overall listening experience – so our live radio streams are only coming off TuneIn on platforms where an alternative way of listening is easily available."

That date was incorrect, by the way. It was actually set for 30 September.

TuneIn is an American audio streaming service that delivers content from more than 120,000 radio stations to 75 million monthly active users. Crucially, it enjoys integration with Amazon's Echo devices, which is how many listeners engage with the platform.

Clifton went on to explain the reasoning behind the decision: "We want our programmes, products and services to be the best they can be. And a major way we ensure that is by using meaningful data.

"Data is more and more important – as it helps us to make more types of programmes we know people like, and equally importantly, identify gaps in our commissioning to ensure we're making something for all audiences.

"We also use the data collected about what you watch, listen to or read online to offer personalised programme recommendations – and make our services even more tailored to you."

Here's the rub, though: "When we make our programmes available via third parties, we ask that those platforms either allow you to sign into your BBC account – or provide us with meaningful data directly. Unfortunately, TuneIn doesn't do either of these, so we couldn't reach a data sharing agreement with them."

To add insult to injury, Clifton said: "Outside the UK, our services with TuneIn will continue as is – as they are and continue to be a valued partner." So it is the people who actually pay for the BBC to exist who are getting shafted.

The BBC's announcement, according to Reg reader Rufus Addis, "went largely unnoticed" – until Amazon emailed all their Alexa customers with a link to the blog post. The missive reads:

We are writing to you regarding playing BBC live radio streams via TuneIn on your Echo device(s).

As a past user of BBC radio as an alarm via TuneIn on your Echo device(s), we wanted to make you aware of this change. Moving forward, any alarm with a BBC radio station will automatically default to the standard alarm tone.

So not only are Alexa users "encouraged" to employ "a poorly rated skill which breaks multi-room" – in the words of another reader, Steve Scott – but they will be jolted awake by the device's default alarm, which we can only imagine is an inferior experience to the dulcet tones of Radio 4's Today show. And by surprise. Oof.

Of course, we at The Register don't own smart speakers for a variety of reasons so we wouldn't know.

When Addis gave us the headsup on Friday, there were "over 400 comments to the blog post, most made since the email landed [in the] last couple of hours, and none of the posts are very positive towards the BBC's decision!"

At the time of writing, there were 866, with a new one appearing every few minutes. It's safe to say that the Great radio-devouring British public has woken up to this fact – and they aren't happy. Gems include:

"Hey Kieran, your silence to the anger your stupid decision has caused BBC listeners expressed here and elsewhere speaks volumes for the contempt your £189,999 salary has given you. Man up and answer the questions raised by your wage payers."

"This seems wholly disproportionate by the BBC and against the spirit of its charter. Those of us who have in good faith adopted platforms that include TuneIn to access free to air content now find ourselves blocked. If the BBC has done this simply because it is standing on the principle of requiring access to some usage data it must surely demonstrate that not having access to this data, for what must be only a very small part of is user base, is materially detrimental to it fulfilling its public broadcasting function and a therefore justification for cutting off us off. It is mute on this point, and I can't think of any possible justification."

"Really annoyed by this change this morning. I can no longer use my echo device [to] get BBC radio stations to play on my Sonos. This is my primary listening method. You specifically state above that 'we have a remit to make sure you can watch and listen to our programmes in ways that are both easy and convenient for you'. You have made it all much more inconvenient for me resulting in me listening to BBC much less. How can you justify this? Guess I'll have to listen to commercial radio instead or force me to buy a newer Sonos One at 250 quid. Not on."

Some are less civil. As reader Scott put it, using our own terminology: "It seems like the Beeb is putting data slurpage above the needs of the listeners, creating a bunch of e-waste and are sticking their fingers in their ears at the barrage of complaints!"

The Register has contacted the BBC for comment on the move, particularly what data it is trying to capture and how it will help the corporation "make sure you can watch and listen to our programmes in ways that are both easy and convenient for you". ®