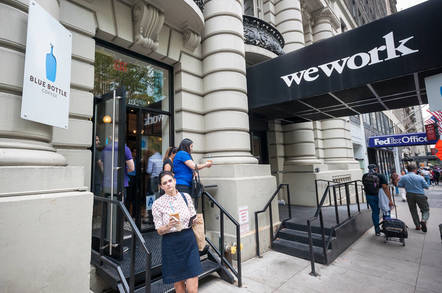 The office-subletting company on Monday confirmed to the US Securities and Exchange Commission that it was withdrawing its request to go public with a stock offering.

"We have decided to postpone our IPO to focus on our core business, the fundamentals of which remain strong. We are as committed as ever to serving our members, enterprise customers, landlord partners, employees and shareholders," WeWork co-CEOs Artie Minson and Sebastian Gunningham said in announcing the decision.

"We have every intention to operate WeWork as a public company and look forward to revisiting the public equity markets in the future.”

The decision to call off the IPO comes less than six weeks after WeWork formally filed its S-1 paperwork with the SEC in hopes of going public. At the time, WeWork provided a hefty package or promotional materials and financial tables making its case to potential investors.

"Our strong unit economics, together with the increasing cost efficiency with which we open new locations, gives us the conviction to continue to invest in finding, building and filling locations in order to drive long-term value creation," execs said in the S1 filing.

Since making the filing, however, things have gone downhill fast for a company that fancies itself the future of offices.

The same S-1 filing intended to hype up WeWork to investors also showed that the firm had already burned through billions in cash and over the first half of this year losses topped an average of $100m per month.

Things only got worse from there. By September, investors were valuing the biz at less than half of its peak $47bn mark when word got out that WeWork had to make significant staff cuts, and that the matter was handled so poorly by CEO and aspiring immortal trillionaire Adam Neumann that he had to step down from the company to spend more time walking around Manhattan barefoot.

Given all the headaches that have hit the company in less than two months, it is small wonder that WeWork's CEOs and board (on which Neumann is still serving) have opted to call off the IPO for now, if for no other reason than to try and get a few more news cycles in between themselves and this disastrous run. ®

Full disclosure: The Register is housed at WeWork offices in London and San Francisco. The coffee at the SF office is terrible and the toilets aren't much better.