Microsoft gazes forlornly at the halcyon days of 2018, before that release happened 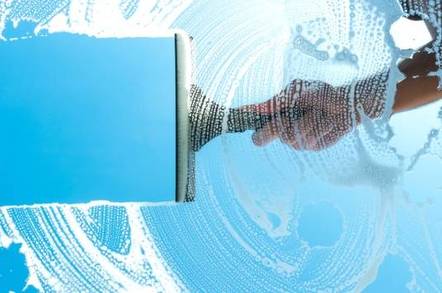 Ad slingers AdDuplex celebrated the impending release of Windows 10 19H2 by reporting that, yup, the 10 May 2019 Update is quietly doing the business for Microsoft.

Obviously, the nagging appearing on the screens of users warning them that, hey, 1803 is coming to the end of support, so perhaps a swift update might be in order? will be helping. 1903's usage has jumped from 33 per cent last month while 1803 declined from 33.1 per cent to 24.1 per cent.

Servicing for all bar the Enterprise and Education editions of Windows 10 1803 comes to an end on 12 November.

The figures do need to be taken with a slight pinch of salt, since they are based on Store apps running the AdDuplex SDK. But, in the absence of detail from Microsoft (other than a breathless "look! We finally hit 900 million!"), the figures are a good pointer to how things are going.

The near 50 per cent penetration came as the Windows Insider team emitted another update of 19H2, expected to hit public availability next month, in the form of build 18362.10022 to the Slow Ring of the Windows Insider Program. The update included "improvements and fixes" from KB4515384, a patch from earlier in September that borked the audio for some users.

The update additionally includes "general improvements to the overall quality" of the upcoming 19H2 release, which is nice. However, it doesn't detail what those improvements actually are, which is less nice.

The gang has also promised to do something about the multitude of build numbers floating around for 19H2, stating that it is working to move lucky Slow Ring Insiders to the 18363.x numbering enjoyed by some on the Release Preview ring.

Time is marching on, although with the first anniversary of the Windows 10 October 2018 Update fiasco just around the corner, the Windows Insider team can be forgiven for being a little more cautious this time around. ®