Tune in next month: Learn all about the hackers staring down Singapore, Australia

And, crucially, how you can thwart these next-gen miscreants and protect your org 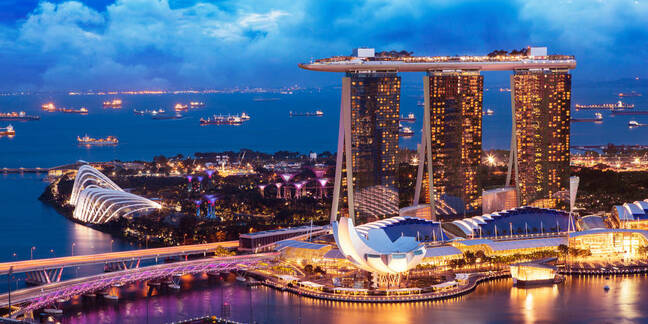 Webcast We all know there are miscreants out there looking to break into our computer systems and steal our data – we even know how it's done.

Having said that, it's all too easy, and therefore wrong, to assume hackers and their victims are the same the world over: each country is set in its own unique environment of cyber-threats. It's time to dig deeper, and we have just the ticket.

In our webcast on 9 October, US-based cybersecurity company Carbon Black will reveal what it has learned from its latest research into global trends, and will highlight two nations in particular.

In Singapore, the biz discovered the threat of cyber-attacks has grown dramatically, with volume of intrusion attempts and other forms of assault increasing exponentially in the past 12 months. In particular, IT leaders report that Singapore’s strong government and local authority sector has proved a magnet for cybercriminals who have consistently stepped up the pace of their incursions.

In Australia, businesses reported that attack methods have become increasingly sophisticated and complex, making database and network breaches almost unavoidable. Nearly all the organisations participating in the study – 97 per cent – said they had suffered one or more computer security breaches following external attacks in the past 12 months.

The webcast will dive into what differentiates these two countries, and what they can do in response to miscreants gathering at their network perimeters.

How should organisations set priorities, keep up to date with the threat landscape, and plan for whatever may lie ahead? What are the tooling and processes business are using to defend themselves against rising threat levels?

Tune in for some valuable lessons on what you can do to fend off cybercriminals.

Sign up for the webcast, brought to you by Carbon Black, right here.