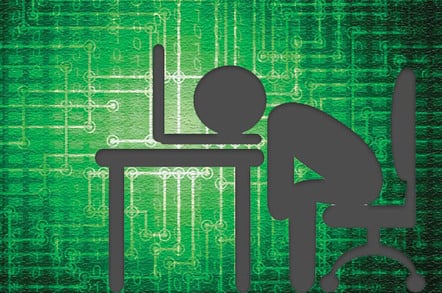 Months after The Register first wrote about TalkTalk failing to close a former customer's email address, the firm is still using the General Data Protection Regulation as an excuse for dragging its heels.

Reg reader Rose got in touch with us after reading our report of the zombie TalkTalk email account from March to complain that although her own email account had also been hacked, the ISP was messing her around.

Rose's situation was a little trickier than our reader from March: although she had a TalkTalk email address, it was originally set up as part of a broadband subscription in her mother's name. Recently, however, it was accessed by someone with nefarious intent.

"Someone has been able to reset my passwords for Amazon, eBay, my broadband provider, iTunes and more," she told us. "I have now had to cancel my debit and credit cards for security reasons so, as a result, have no access to my bank accounts."

After reading our story from March, when TalkTalk was able to shut down a compromised email address within five hours of us writing about it, Rose contacted TalkTalk – but she wasn't happy with its response.

"Last week I phoned TalkTalk on five separate occasions, at one time spending over two hours on the phone, to no avail," Rose told us. "I was eventually told that the Manchester team would call me back to sort the issue and cancel my email but never received a call. I then called again but was told the Manchester team only do outbound calls," she told us, branding TalkTalk customer service "appalling".

Rose said she was told to submit two forms of ID to TalkTalk "under the GDPR right to erasure" (see here). She said that TalkTalk told her she'd have to wait 30 days, which she pointed out "obviously leaves my account open to fraud for another month".

A TalkTalk spokesperson claimed the delay was caused by ID verification problems, telling us: "We take matters of data protection and security seriously. As such, we need to be sure that any request to update or delete an email account is valid."

As The Reg reported in March, people may feel sceptical about sending copies of their IDs to a company with TalkTalk's record on data protection.

"We have made several attempts to contact the account holder this month. However, as a temporary measure, we have now forced a password on the email account while we continue to liaise with the customer to get this matter resolved as soon as possible," the spokesman added.

We also asked TalkTalk why it would take 30 days to shut down the account, and why it hasn't sorted out its internal processes for closing down legacy email addresses on request. It did not answer. ®