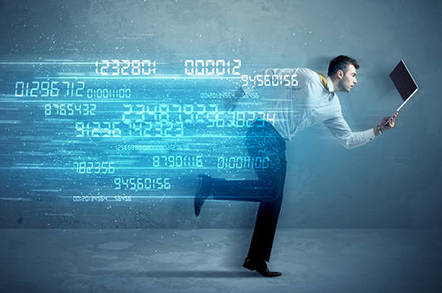 The latest iteration of the ubiquitous HTTP internet protocol - version 3 - has hit the web.

The new, streamlined version of the protocol that makes hyperlinking possible and powers much of the world’s internet experience has been added to the latest dev version of Google’s Chrome browser, called Canary, and will soon be added to Mozilla’s Firefox.

But as one foundational protocol comes in, so one departs: HTTP/3 uses QUIC, not TCP, to handle connections between browsers and servers in order to bypass some of the constraints and bottlenecks that TCP introduces.

The push to QUIC and HTTP/3 has come from two main companies - Google and Cloudflare - with the Internet Engineering Task Force (IETF) doing the testing and standards work. It promises a number of significant improvements for internet browsing, including more seamless switching between different networks and faster connections.

For example, if you leave your house and drive off, there will be a delay - sometimes a significant one - in receiving data as your device shifts from your home Wi-Fi to a cellular network. That can cause a video, or streaming music, or a secure connection to a website to stop or break.

And the reason that happens is thanks to how TCP works: it expects you to stay at the same network address when connecting to the internet. The same is true if you are on, say, a train and are constantly shifting your connections from cell tower to cell tower.

But QUIC is designed with modern mobility in mind and those data handovers will be much faster and smoother, meaning uninterrupted service. It also works better with the latest TLS 1.3 security protocol, so a HTTP/3 world is a more secure one too.

Here’s what Google software engineer Ryan Hamilton had to say about it: “HTTP/3 should make the web better for everyone. The Chrome and Cloudflare teams have worked together closely to bring HTTP/3 and QUIC from nascent standards to widely adopted technologies for improving the web. Strong partnership between industry leaders is what makes Internet standards innovations possible, and we look forward to our continued work together.”

It’s going to take a while for HTTP/3 and QUIC to become ubiquitous - the protocol has moved from the lab to the Web in order to undergo real-world testing and everyone involved expects there to be tweaks and adjustments to get it working smoothly, but it is nevertheless a big step for such a foundational internet protocol.

Cloudflare has written a lengthy and detailed post about the shift and noted that “in the coming months we’ll be working on improving and optimizing our QUIC and HTTP/3 implementation, and will eventually allow everyone to enable this new feature without having to go through a waiting list. We'll continue updating our implementation as standards evolve, which may result in breaking changes between draft versions of the standards.”

There are downsides: people using NAT routers to handle the (very, very slow) shift from IPv4 to IPv6 may find they have problems thanks to their reliance on TCP. Likewise, a network using Anycast or ECMP routing for load-balancing could face problems.

It is, of course, possible to work around the issue with some technical fixes but it may prove to be an adoption barrier - something that is never good in the internet protocol world.

Cloudflare says it is going to add a very simple on/off toggle for its customers to enable HTTP/3 but you will have to go through additional steps to use it on a browser. The version of Chrome - Canary - that has the new protocol enabled is currently in beta and Google warns it may be unstable. You will also need to enable it with two command-line arguments.

But, hey, it’s not every day you get to experiment with a new internet protocol, so be at it Reg readers! ®

Notice anything peppier about your Google searches lately?

Do NetAdmins like snacks? Asking cos here's a dish of tasty network news nibbles

Google: There are three certainties in life – death, taxes and IPv6