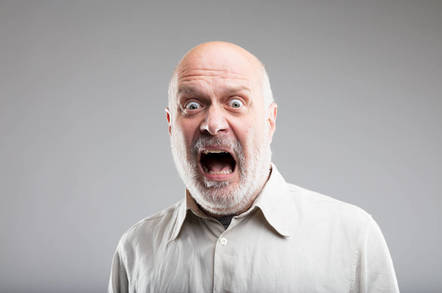 Cisco has doled out yet more security updates for its IOS and IOS XE network operating systems, which, we are obliged to remind you, is its scheduled six-monthly patch run and not the usual "oh bugger" state of affairs.

In the latest run we have a dozen patches for 13 vulnerabilities rated "high", including ones that cause a denial-of-service condition, command injections and allows attackers to gain unauthorised access to IOS-running devices.

Oh, and one that allows guest users to gain root access to Cisco's 800 and 1000 series Industrial Integrated Services Routers. No biggie.

Scoring 9.9 on the CVSS severity scale (Cisco doesn't say which version), the bug "could allow an authenticated, remote attacker to gain unauthorized access to the Guest Operating System (Guest OS) running on an affected device" as root.

The vuln comes about through faulty "role-based access control evaluation" if your low-priv guest account requests access to a Guest OS that ought to be restricted to admins only. Full details are here on Cisco's website, including how to check whether Guest OS is enabled on your routers.

Otherwise, the rest of the vulns, rated at CVSS 8.6 and below, were all about DoS-triggering conditions – with the exception of a digital signature bypass vuln in IOS XE. That vuln, however, was only exploitable (so Cisco said) by an "authenticated, local attacker".

Back in May, the American switch maker patched a pile of problems that could have allowed attackers to commandeer routers for any kind of nefarious doings. In principle, the guest-as-root vuln patched today is the exact same thing.

Also in May came news of a new big-vuln-with-a-silly-but-eyecatching-name, dubbed Thrangrycat for reasons entirely beyond us.

The meat of it was that rogue IOS XE admin users could execute commands as root on the underlying Linux shell and then leverage that to tamper with the Trust Anchor FPGA module on the physical router. Trust Anchor, among other things, is supposed to ensure that system code, pre-bootloader, hadn't been tampered with.

"Crucially, this vuln means a snoop in your network infrastructure can persist even after you think you've flushed them out with software patches and password changes," we reported at the time.

Meanwhile, the rest of the world crows about Huawei equipment being a security risk, whether from pisspoor dev practices or from the espionage point of view. Get patching, folks. ®